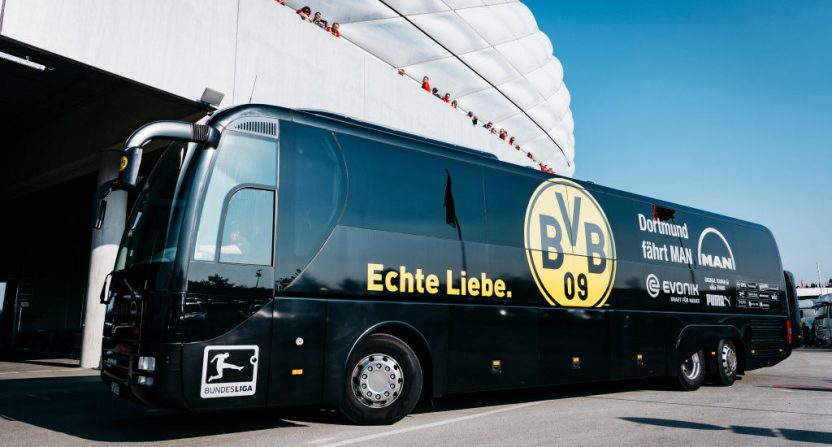 Too often we hear only about the negative things that Twitter brings. It’s a place for trolls, a place for hate, a place for negativity. On Tuesday night in Dortmund, Twitter was something else. It was a place for coming together between fans of Borussia Dortmund and AS Monaco.

Borussia Dortmund and AS Monaco’s UEFA Champions League match that was scheduled to take place Tuesday night local time was postponed after an explosion near Dortmund’s team bus left center back Marc Bartra injured and then released from the hospital. The explosion was one of three, with police saying the explosions were a targeted attack.

The match was postponed and will be played Wednesday night. The one day pushback has left several Monaco fans with a problem. They had nowhere to stay the night as most visiting fans in the Champions League often travel home after the match. Those fans that wanted to stay the extra day in Germany now needed to find a place to stay.

That’s where the Dortmund fans stepped up and opened their homes to any Monaco fans that needed a place to stay. #BedsForAwayFans was created, and used, to match Monaco fans with any Dortmund fans willing to have them for the night and both sides answered the call.

Football at its finest. Dortmund fans inviting the Monaco fans to stay at their houses so they don't miss the postponed game #BedForAwayFans pic.twitter.com/jevvTotVbX

Dortmund are already known for having some of the best fans in Europe. Their 25,000 seat South Stand, known as “the Yellow Wall” can be intimidating to just about any opposing fan. But what became clear tonight is that the intimidation is in-stadium only. Once they step outside, they show the great side of humanity that they all possess and give us another example of football uniting people from around the world.