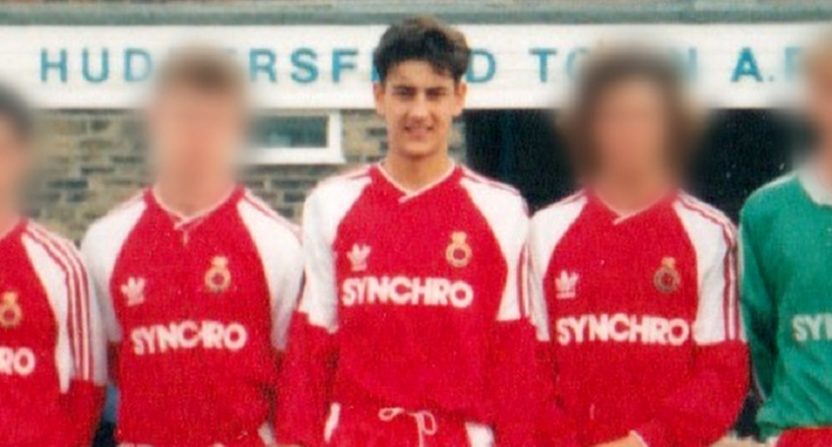 Late last year, Britain was shocked by revelations of child sexual abuse within prominent youth soccer academies, some associated with the sport’s largest clubs. Former professional soccer player Andy Woodward stepped forward to detail the abuse he suffered under coach Barry Bennell, who had a renowned reputation as a coach who could turn young players into stars.

Once Woodward publicly spoke about what happened to him, many other men came forward to reveal that they too had suffered abuse at the hands of coaches who were supposed to tutor and nurture them, but instead horribly abused the young men with whom they were entrusted. British youth soccer was rife with pedophile coaches and had violated hundreds of young men. Worst of all, those in authority were made aware of these abuses yet chose to do nothing, and even attempted to cover these allegations up.

The British soccer abuse scandal is the subject of a feature on the latest edition of HBO’s Real Sports, in which reporter David Scott speaks to Woodward, along with former Chelsea player Gary Johnson, who was inspired to speak out about the abuse he suffered after Woodward came forward. Since then, hundreds of others have revealed their experiences and many of the coaches who perpetrated these abuses on young boys have been arrested and jailed.

Here is a clip from the segment, which airs Tuesday night at 10 p.m. ET on HBO:

Throughout the report, watching Johnson and Woodward recount the abuse they suffered (sometimes in graphic detail), particularly the first time they were molested by coaches they looked up to, is harrowing and upsetting. Even as grown men, their voices shake with the recollection of being repeatedly raped by those who were supposed to be their caretakers and mentors. They’re obviously deeply scarred by what transpired and the psychological damage from that abuse has had significant consequences in their adult lives. Achieving their dreams of becoming professional soccer players did nothing to mask the pain, shame and betrayal they felt.

“Inside, I was a broken man, you know,” Woodward tells Scott. “Completely shattered.”

“He took my childhood away,” said Johnson, before describing the emotional trauma he regularly endured as a result. “On your own, cryin’, wipin’ your tears away. Because moods keep changing, you know? You’re happy, sad, happy, angry, more angry anything.”

#RealSports investigates the biggest sexual abuse scandal in the history of British soccer. Tune in Tuesday, May 23 at 10PM on #HBO. pic.twitter.com/DszYDHde1w

Scott also spoke to a former executive with Crewe Alexandra, the youth academy for whom Woodward played when he was abused by Bennell, who said that management was made aware of the sexual abuse occurring yet ultimately did nothing about it.

“Absolutely,” said the former managing director who asked not to be identified for the Real Sports report. “I said, ‘Look, if we don’t do something as a board, if we don’t accept responsibility the club could be in big, big trouble.’”

English soccer’s governing body, The Football Association, also did nothing when these allegations were brought to the institution’s attention. How many hundreds of young men could have been spared, how many pedophile coaches could have been stopped before their victims multiplied, had the FA acted when it had the opportunity? According to the former Crewe Alexandra director, the cover-up and denial still continues.