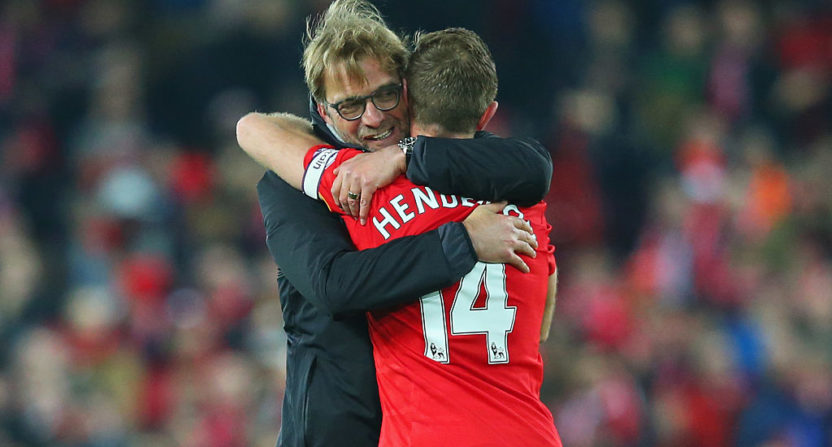 After last season’s thrilling conclusion, there are a lot of question marks hanging over the heads of Jurgen Klopp’s Liverpool. Far and away, the largest sword of Damocles concerning the big German is the prospect of facing a congested schedule.

Liverpool will expect to compete in the Champions League, along with making runs in the EFL and FA Cups. That’s not even mentioning trying to end the 27-year title drought. Can this squad possibly compete across all fronts?

While there is definite uncertainty over squad depth and injuries, the talent is in this squad to do it. For evidence of this, look at their incredible run of form in the league before the Christmas period. That was genuine title-winning form, with 13 wins in the first half of the season. The only thing keeping Liverpool from the top spot during that run was Chelsea’s even better form of 13 wins on the bounce. That’s right, to keep Liverpool from taking the lead in the league, Chelsea had to almost enter the record books.

Things fell apart for Liverpool during a horrid January and February that saw them gain six points. Many fans were left wondering what happened as their team dropped points against some of the lowest teams in the league. We surely must consider this when debating how Liverpool will fare this season. What went wrong for the Scousers?

The loss of Sadio Mane to the Africa Cup of Nations hurt Liverpol, but that wasn’t it. Liverpool was also without Philippe Coutinho and Joel Matip, through injury and international duty. The loss of these players, paired with the usual congestion and a high-intensity style, caused a broken team to limp through matches and drop points against some very weak teams.

What about the defense?

The even more dogged issue facing Liverpool was a leaky, inconsistent defense. This is what derailed the 2013/14 title run and has been their Achilles’ heel since Rafa Benitez.

The worst part of this issue is that, on their day, each player in Liverpool’s defense is incredibly solid. Matip was one of the best defenders in the league before his injuries. Dejan Lovren can be imperious when he’s not making a massive mistake. Nathaniel Clyne was Mr. Consistent, locking down the right flank, while James Milner took to left back like a glove. Unfortunately, that first-choice defense did not play together enough. Even when they did, there always seemed to be the potential for a howler of an error.

So have the Reds learned their lessons for this season? One reason to believe that they have is the purchase of Mohamed Salah. The Egyptian winger didn’t have the best time at Chelsea, but wasn’t given a chance. He has since transformed into a complete winger. Salah can finish, defend and is lightning quick. His play with Mane (which we’ve seen this summer already) can replace the Senegalese winger if he’s ever injured. This quality depth is essential to Liverpool. Salah gives Liverpool a dangerous option to call upon.

Want more evidence? In Jurgen Klopp’s first half-season at Liverpool, the Reds went to two cup finals (the EFL Cup and the Europa League). Yes, they lost the two cup finals and finished 8th in the league. Keep in mind, the first half of the season was marred by the fall of Brendan Rodgers and Klopp learning the ropes at a new club. Since then, Liverpool have improved immeasurably.

Even the players from before the Klopp-era have grown. Coutinho has grown into a complete attacking midfielder. Jordan Henderson has become a top-class midfielder. Roberto Firmino and Adam Lallana are completely unrecognizable compared to back then. To these improved players, Klopp has added speed, guile, and ruthlessness to the squad. The previously mentioned Mane and Salah give them the ability to break down the low block. In Joel Matip, they have a young, talented defender who adds a ton of class. The most shocking of all was Georginio Wijnaldum, who can fill any of the three midfield spots and the wings.

If they add the top-class defender that they’ve been chasing all summer in the form of Virgil van Dijk, they’ll have the depth, the talent and the style to battle across all fronts. But, much like the potential transfer of Van Dijk, it’s more of a question than a certainty. It’s a question that, with the Premier League set to kick off this weekend, Klopp will relish the chance to answer.

View all posts by Jeff Snyder