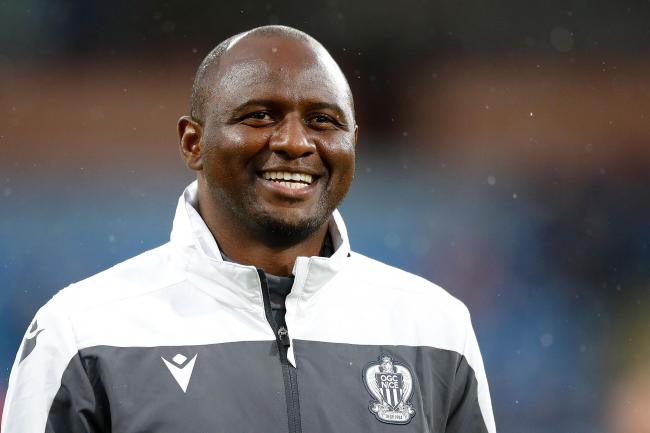 Crystal Palace have been a hard watch in the Premier League over the last four years under Roy Hodgson. Indeed, Sky and BT Sport’s viewing figures always tapered off when the Eagles would have one of their games shown live given people’s reluctance to sit through a football match that would offer very little in the way of entertainment. There is a chance however that those days could now be a thing of the past after the club appointed Patrick Vieira as their new manager on a contract until 2024. Although there will be more than a few Palace fans unsure as to what they might be getting from the 45-year-old.

🇫🇷 Patrick Vieira = one of the greats 🔝@OfficialVieira | #UCL pic.twitter.com/HeWPeTCU9B

In many ways, Vieira’s management style is still a bit of an unknown in England despite the former player’s footballing career being celebrated in the country. The fact that Vieira has been in the ITV studio over the playing of Euro 2020 would have gone a long way in allaying the fears of Palace supporters given how articulate and intelligent he has come across whilst on punditry duty.

In fact, the former Arsenal star was meant to be in the studio for England’s semi-final against Denmark but now that he has accepted the job at Selhurst Park, he will be taking preseason instead of analyzing tactics. Although it must be said that the latest football betting suggests that England will cruise to the final so any disappointment of not having the impressive Frenchman on the nation’s screens should be replaced by a collective euphoria of playing in a final for the first time since 1966.

But away from the bright lights of Wembley and the chants of ‘it’s coming home’, Vieira will be plotting the way forward for Palace in his first training session in a bid to make them a team that gets on the front foot more often. Can he do it successfully?

OFFICIAL: Arsenal legend and 3x champion Patrick Vieira is back in the Premier League, as manager of Crystal Palace 🔵🔴 pic.twitter.com/nKDV18plcD

The answer is that it will be incredibly tough to make Palace a free-flowing side with the playing personnel they have in the building at the moment. Incredibly, 11 players are out of contract at Palace with new deals yet to be finalized which means that Vieira will only have a skeleton squad to work with during the first few weeks of the summer.

The onus will be on Vieira to establish a clear path from the club’s academy to the first team but that naturally is going to be a tough ask when time is not a luxury most managers in the Premier League are afforded. Indeed, if the Frenchman begins to fear for his job after a run of poor results, he may revert to type by making Palace industrious instead of adventurous.

Jamie Redknapp says if Crystal Palace back Patrick Vieira he will do well but admits it will be tricky at first pic.twitter.com/w3kO6HABD3

But that is a risk that Vieira is willing to take after setting his sights on managing in the Premier League for the first time after admitting during an ITV broadcast during the Euros that “coming back to England would be a priority”.

It will be a case of sink or swim for Patrick Vieira but whatever happens, the Premier League will be better off for having one of its all-time legends back in town.