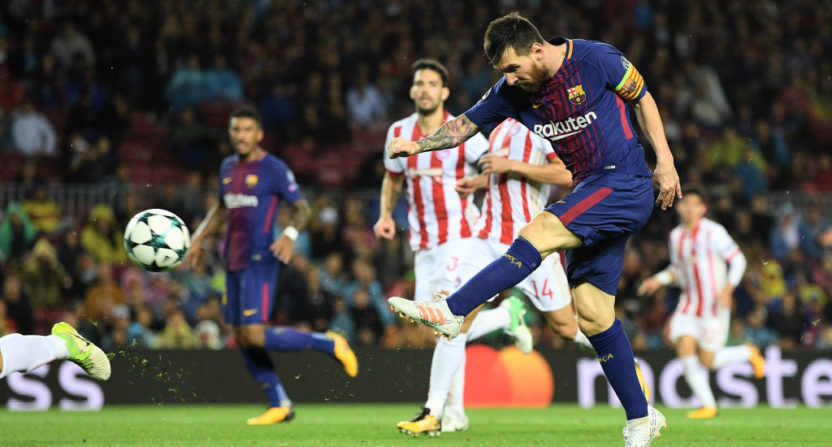 Before this year’s Champions League group stage began, most groups seemed to be rather predictable. Maybe people didn’t know the order but most had a good idea who would advance out of the group stage and into the final 16.

At the halfway point, it seems that things aren’t going as they were expected. Some teams have overachieved, some have underachieved and some were exactly what we expected.

Except for maybe Benfica with zero points so far, Group A has been rather predictable. After Manchester United, the final three spots were going to be a fight.

Another predictable group. PSG, with their huge summer getting Neymar and Kylian Mbappe, top the group with Bayern Munich behind after losing 3-0 to PSG. It was really going to be them in the top two spots with Celtic heading to Europa League and Anderlecht bringing up the rear.

Roma went into this group looking at Chelsea and Atletico Madrid, knowing it would be tough to get a top two spot. But after a draw to Atletico Madrid and a thrilling 3-3 draw to Chelsea at Stamford Bridge, Roma found themselves unbeaten. Along with Atletico Madrid only getting a 0-0 draw against 10-man Qarabag in Azerbaijan, Atletico just has two points in three games and just one goal scored. If Roma can get a result against Atletico at the new Wanda Metropolitano, we could be seeing the perennial Spanish underdogs in the Europa League.

The team that was going to lose out between Barcelona and Juventus would be a hard luck second place team and would no doubt cause issues to whatever group winner they face in the round of 16. Sporting Lisbon and Olympicos knew going in they weren’t competing for the top two so whatever points they can get between the two of them were the only points they were expecting.

One of the more competitive groups in the Champions League. Liverpool and Sevilla were expected to advance but after Pool got two draws and dismantled Maribor 7-0 while Spartak Moscow destroyed Sevilla 5-1 in Russia, this could come down to the wire among the top three teams. Nobody is running away with the group so all three teams will have aspirations of leaving on top.

Man City was expected to go through but what about Shakhtar Donetsk getting the win against Napoli and have themselves solidly in second place. Of course, Shakhtar and Napoli must play again and that return leg will be in Italy, but for now, Shakhtar has the advantage.

Maybe the most competitive group in Champions League, all four teams seemed like they would be able to win the group and all four teams could have a real chance to be eliminated. After sending Mbappe “on loan” to PSG, Monaco definitely wasn’t as good as they were last year and one point in three games shows that. Besiktas has broken out and look to clinch the group in a couple weeks but where the other three teams end up is anybody’s guess.

What in the hell happened to Borussia Dortmund? I had to check, they are leading the Bundesliga so this team is still good. But they had a colossally slow start in Champions League play. Losing to Real Madrid makes sense and losing to Tottenham was a realistic possibility but a 3-1 loss at Wembley was somewhat demoralizing. But a 1-1 draw to APOEL in Cyprus where APOEL was leading. I would’ve thought Dortmund would have put up a much stronger fight because they now essentially have three must win games, and one of them is against Real Madrid. So chances are they will be going to Europa.