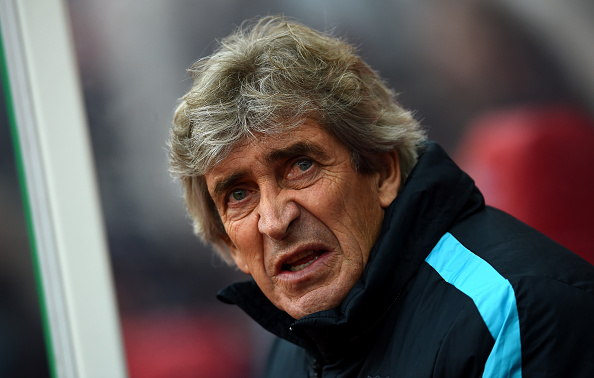 The silly season of soccer transfers is already getting started, and we haven’t even reached the end of 2015. Following their sacking of Jose Mourinho earlier this week, Chelsea reportedly already has a replacement lined up to take over from caretaker manager Guus Hiddink for the 2016-17 season – Manchester City boss Manuel Pellegrini, whose job looks to be in question following Pep Guardiola’s impending departure from Bayern Munich.

According to a report from Duncan Castles of Fox Soccer, Chelsea has already drawn up a succession plan to target Pellegrini as the replacement for Mourinho, and the two sides have already talked about financial terms.

Chelsea have lined up Manchester City coach Manuel Pellegrini as a permanent replacement for Jose Mourinho. In a succession plan drawn up by the Premier League club’s technical director Michael Emenalo, Pellegrini will move from Manchester City to Stamford Bridge in the summer at the end of Guus Hiddink’s second spell as Chelsea’s caretaker coach.

According to senior Chelsea sources, financial terms have already been discussed with Pellegrini’s representatives and a pre-contract deal put in place. Abramovich is also understood to be considering installing Didier Drogba as one of Pellegrini’s assistants, with the hugely popular former Chelsea striker already on record about an agreement to return to the club in a coaching capacity after his spell in MLS at Montreal Impact.

Well, this is just delightful.

This is Pellegrini’s third season in charge of City after coming over from Malaga following the 2012-13 season. He won the Premier League/League Cup double with City in 2013-14, a feat repeated by Mourinho at Chelsea this past season. Pellegrini’s club finished as the runner-up to Chelsea in the Premier League last year, and is third this season behind Leicester City and Arsenal. City has reached the semifinals of the League Cup this season, and won their Champions League group for the first time in club history.

There would be a weird bit of symmetry in Pellegrini joining Chelsea. Before joining Malaga, the Chilean was the boss at Real Madrid, who sacked him after just one trophy-less season. He was replaced at Madrid by none other than Mourinho, who won three trophies in his three years with the club before heading back to Chelsea. Mourinho’s replacement at Real Madrid was Carlo Ancelotti, just announced as the replacement to Guardiola at Bayern Munich for the 2016-17 season.

So if Pellegrini replaces Mourinho, and Guardiola replaces Pellegrini, and Ancelotti replaces Guardiola, and Rafa Benitez was hired this past June to replace Ancelotti, that leaves one obvious place for Mourinho to land to complete the circle – Benitez’s previous employer, Napoli. But given that Napoli is currently third in the Serie A table, maybe that’s not too realistic of an option.

Castles also notes in his report that Mourinho could be targeted by Manchester United to replace Louis van Gaal, and that he’s already talked with AS Roma about a return to Italy. The winds of change will continue to blow across European soccer, and Mourinho will end up landing whichever job he wants.