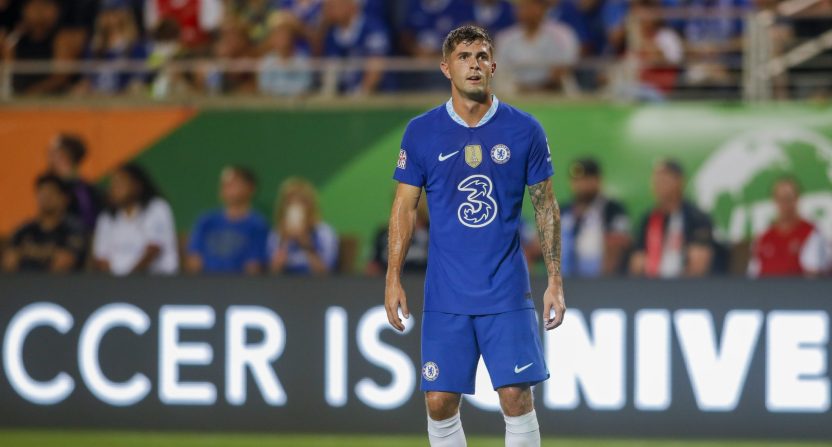 Amid rumors that Chelsea FC’s Christian Pulisic would be heading to another Premier League club, it appears that he will be staying put at Stamford Bridge as the summer transfer window shuts on Wednesday.

According to Paul Tenorio at The Athletic, a “source with knowledge” told them that Pulisic is “set to stay” as Chelsea decided to keep the winger/attacking midfielder for the 2022-23 season.

Talk about Pulisic going out on loan ramped up over the past month. Pulisic doesn’t factor much into manager Thomas Tuchel’s plans so to get solid playing time in the lead-up to this November’s FIFA World Cup, clubs like Manchester United, Newcastle United, and various Champions League clubs in Italy and Spain enquired about Pulisic.

Pulisic has been utilized as a substitute in all four of Chelsea’s Premier League matches so far and that might be concerning given he’s one of the USMNT’s best players and needs playing time. That being said, given how injury prone Pulisic has been over the years, maybe limiting his minutes before the World Cup isn’t the worst thing in the world.

In regards to Chelsea, it makes sense they would keep Pulisic. For one thing, having the most popular and most marketable American soccer player in your club is a big deal financially but in regards to his impact on the pitch, squad depth will be more important than usual this season. Pulisic might not be utilized now, but with fixtures being stuffed tighter than usual as Europe has to work around a month-long tournament, Tuchel is going to need to rely on Pulisic at some point. So on top of keeping him, it also makes sense to not loan him out to a league rival or a Champions League rival that might come back to bite them.