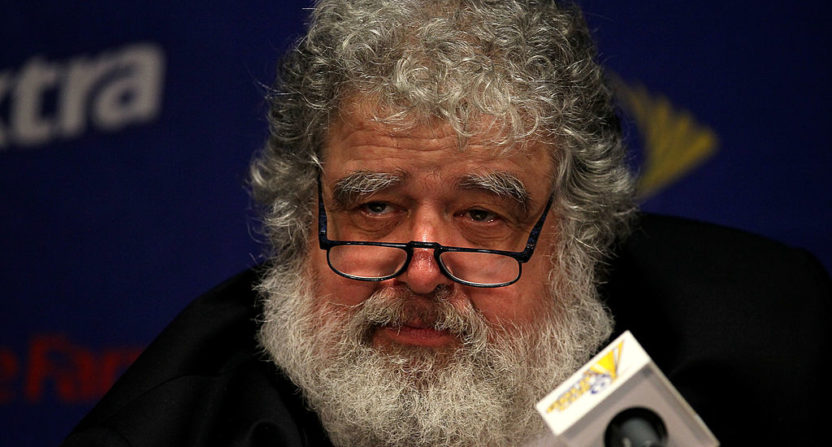 There are many things you can say about Chuck Blazer. And in many ways, Chuck Blazer exemplified just about every personal trait a human being could possess, both good and bad. The former U.S. Soccer President and FIFA Executive who became embroiled in massive corruption within FIFA died Wednesday night at the age of 72.

While Blazer could be credited as someone who took control of U.S. Soccer at its weakest point and put the United States on the path to become a soccer power by being instrumental in getting the U.S. the 1994 World Cup, his claim to fame in the soccer world will be someone who helped FIFA get the reputation of making sure execs got taken care of and put greed ahead of what actually benefitted the game.

Blazer’s contribution to the game since 2010 had been based on cooperating with U.S. authorities to implicate those in and around FIFA for being corrupt. The FIFA scandal that resulted in nearly 40 arrests over the past couple years, started with Blazer. Blazer was arrested for wire fraud, money laundering and tax evasion and took a plea deal to avoid racketeering. That plea deal required Blazer to wear a wire and get other officials on tape discussing various forms of corruption including bribery.

In November 2014, it was revealed that Blazer was an informant for the FBI in order to get evidence on others. It was also revealed that Blazer lead an extravagant lifestyle that included using CONCACAF money for a 49th floor Trump Tower apartment solely for his cats as well as a blog that included pics with people including Nelson Mandela, Vladimir Putin, Sir Bobby Charlton, Prince William and President Bill Clinton. Blazer’s companion during this time revealed details about Blazer’s life in 2016.

Anyway, the info Blazer had obtained via wearing a wire resulted in the arrests of FIFA officials and those who were associated with FIFA beginning in May 2015. The FIFA scandal resulted in nearly 40 arrests and contributed to bans for people like former FIFA President Sepp Blatter, former UEFA President (and Blatter’s right hand man) Michel Platini and former FIFA Secretary General Jerome Valcke.

All during this time, Blazer had been suffering colon cancer. Over the past few years, since it was revealed he had been an informant, Blazer was very rarely seen in public and spent most of his time in the hospital.

It could be argued that if it wasn’t for Chuck Blazer, the development of soccer in the United States would at best be trailing what it is in real life. If not for Blazer, the U.S. probably doesn’t get the 1994 World Cup and without the World Cup, there’s no MLS in 1996. Maybe these things could have developed at some point years later but the fact is that U.S. Soccer would have been worse off if not for Chuck Blazer.

At the same time, one cannot deny the black mark Chuck Blazer put on U.S. Soccer, FIFA and the sport of soccer. His corruption was a big part of an embarrassing chapter of soccer history that is still being written and probably will be written for the foreseeable future. He wasn’t the first corrupt executive in FIFA and he won’t be the last but Chuck Blazer made sure he got his cut despite how it negatively affected the sport.

That will be the legacy of Chuck Blazer. Someone who lived the kind of eccentric life that would be more fitting for an entertaining Hollywood biopic as well as someone who employed both good and evil, often at the same time.