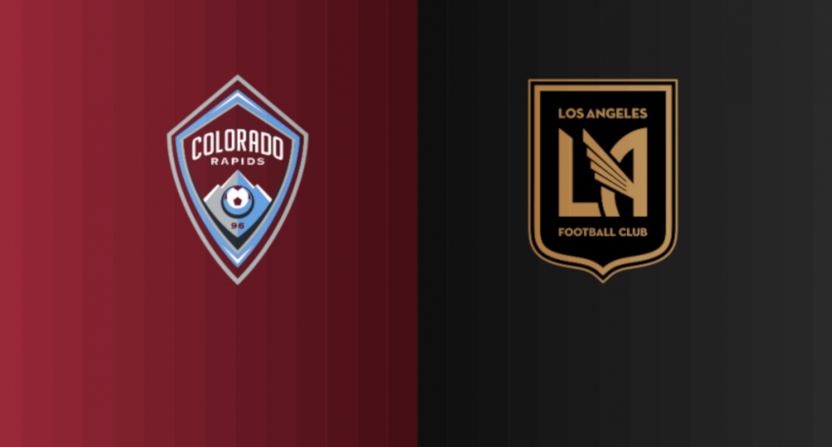 Positive COVID-19 tests have led to a lot of sports postponements, from Steelers-Titans and Chiefs-Patriots in the NFL to a lot of college football games to MLB and MLS action. In MLS, the Colorado Rapids were set to return to action (following almost two weeks off thanks to positive COVID-19 tests) Wednesday night at home against LAFC, but a further positive test derailed that. Paul Tenorio and Sam Stejskal of The Athletic were on that news Wednesday afternoon:

Adding to this: LAFC did not travel to Colorado, according to sources. Team was scheduled to travel this morning, but the decision to postpone was made prior to their departure. https://t.co/vldEw8DZzD

The regular-season game between the Colorado Rapids and LAFC, originally scheduled for Wednesday, has been postponed after one new confirmed case of COVID-19 among the Rapids staff.

Wednesday’s scheduled game was the third consecutive Rapids contest to be postponed. A Week 14 contest against Sporting Kansas City on Sept. 27 was postponed following confirmed positives on Sept. 24 for one Rapids player and three staff members. A Week 15 contest against Portland set for October 3 then postponed after positive tests for two more players and eight staff members. Those games have already been rescheduled, while details on the Colorado-LAFC match will be announced at a later date.

As that piece notes, the Rapids had returned to training Monday for the first time since those initial positive tests on Sept. 24. So it’s certainly worth examining if there’s been any further transmission, or if this latest outbreak is truly just one new case. At any rate, it’s a setback for the Rapids’ attempts to return to play, and for MLS’ attempts to wrap up its season (which had originally been scheduled to end on Oct. 4 before March’s COVID pause; it’s now set to run through Nov. 8). And it’s another illustration of some of the challenges in trying to hold sports outside a bubble at the moment.