Columbus Crew owner Anthony Precourt has quickly rocketed near the top of the “worst owner in sports” rankings — not only with his attempted relocation of MLS’s original franchise, but the tone-deaf ineptitude of the attempted relocation. The Precourt saga has been an embarrassment to MLS, American soccer, and professional sports as a whole.

Nowhere was that tone-deaf ineptitude more apparent than earlier this week when Precourt broke months of silence in a statement that reeked of desperation and delusion. After months in the shadows, what finally spurred Precourt to action?

First, a blistering column in the local Austin paper blasting Precourt Sports Ventures for their fumbled attempt at moving the Crew to Texas. PSV has spent months solely focused on a path forward in Austin and all they have to show for it is growing public opposition to their dream move, including their favored park sites being eliminated from future stadium consideration.

Second, the announcement that a new USL franchise owned by Bobby Epstein would move forward with a plan to launch in 2019 after sitting on the sidelines waiting for Precourt to act. Epstein’s situation is everything Precourt’s isn’t. He would be a local owner with a stadium plan ready to go at a world class sporting venue at the F1 Circuit of the Americas track, where he serves as chairman.

Epstein will be ready to take the field in 2019 for USL. And if that happens, and Epstein beats Precourt to the market, it’s nearly impossible to see a pathway forward where the city finds itself supporting two expansion teams. And with the USL-to-MLS path proving so fruitful for other markets, Epstein could easily sell the city on this situation being their best path to the big leagues. If it’s a race to pro soccer in Austin, Epstein is in the starting blocks while Precourt is wiping mustard off his face at the hot dog stand.

After initially saying that he and MLS were exploring “parallel paths” in Columbus and Austin to find a new stadium for a team, Precourt’s statement fails to mention Columbus even one time. Based on 100% of PSV’s public efforts being focused in Austin, “parallel paths” clearly is not true. Just like it wasn’t true when Precourt assured Columbus fans he wasn’t going to move the team. The lies, misdirections, and obfuscations from PSV continues to grow by the day.

What the letter does mention is Precourt touting the benefits of a stadium at the Butler Shores parkland area, even after PSV itself removed the site from consideration after growing public backlash. It’s a bizarre hail mary attempt to get the city to reconsider its current trajectory as the Austin parks and rec board unanimously recommended to remove option #2, Roy Guerrero Park, from consideration.

“Precourt Sports Ventures’ extensive due diligence work on the Butler Shores site included architectural renderings, landscape design, light, sound, parking, traffic and engineering studies. Understanding that parkland is a treasured community asset, and the creation of a successful soccer park and grounds within the landscape of parkland is a responsibility we take seriously, we also began to develop a package of community benefits tied to the creation of a soccer park on parkland. Based on our analysis, a public-private partnership of this nature could deliver community benefits in excess of $400 million in the club’s first 25 years, in the form of community investments, park improvements, soccer wellness and programming, wages and construction services, among others. If an MLS club were to play at a soccer park and grounds on city-owned parkland, the Austin community would also benefit from the broader social and economic impact. We encourage the City of Austin to independently verify this.

Precourt might as well have said, “I’ve sold monorails to Brockway, Ogdenville, and North Haverbrook and it put them on the map!”

What sense does it make to promote a stadium site that you already told the community isn’t going to happen? Precourt can toss out impressive sounding numbers like “$400 million in the club’s first 25 years” but they’re easily picked apart in minutes by Twitter threads, just like pretty much every other false statistic or “business metric” that PSV and MLS have used to try to justify this move. 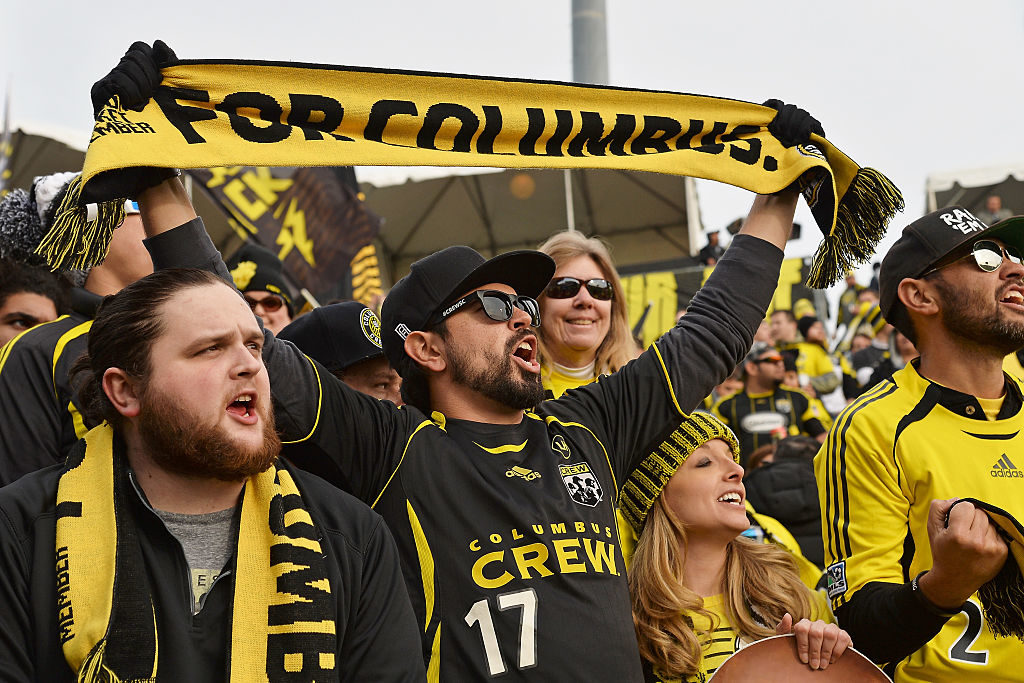 Precourt sees the writing on the wall that Austin will simply not bow down to him, roll out the red carpet, and hand over the city’s best pieces of real estate. Perhaps the city of Columbus knew what it was doing when they refused to negotiate against Austin after dealing with Precourt themselves for years. Perhaps they knew that he would fail and have to come back to Columbus looking for a deal.

Up until this week, Crew fans would have likely accepted an apology from Precourt and been willing to move forward together as long as he was honestly seeking a long-term solution in Columbus. But that may be untenable after his letter this week made his true feelings about Austin and Columbus well known. What sealed it, though, was the fact that he released this letter the week before the season begins and during an event for season ticket holders.

While soccer fans in Columbus were coming together for the beginning of what could be their final season, their owner decided to drive yet another knife in their backs.

The fact that this came out during the Crew season ticket holder event just continues to emphasize how much contempt Precourt seems to have for Columbus. Man I can’t wait until the #SaveTheCrew movement is successful! https://t.co/duMQNUCL95

Last night, season ticket holders holding onto faith for the Crew to stay in Columbus were blindsided six minutes into the season kickoff party. As Precourt released a statement detailing how he would uproot our team.

Precourt epitomizing passive-aggressive prickdom sending out a message focused solely on a move right as his team's season ticket members are having a kickoff party. How does this reflect positively on MLS as a whole yet his actions apparently have Garber's backing? #SaveTheCrew

Through his words, actions, and inactions, it’s chilling to think just how much Precourt is trying to sabotage his own current fanbase. The sad thing for Crew fans is that the team’s move would likely be already finalized if PSV had their act together.

It’s clear that the move has always had MLS support (as the league brought Precourt into the fold with a clause to move the team to Austin as part of the deal from the beginning) but the only thing preventing Precourt’s dream move is Precourt himself. When he finally gets fed up in Austin, it’s fair to wonder which city will he try to get free land from next.

Precourt clearly felt like he had to respond in a big way to keep flickering hopes for his dream move alive. But in doing so, he confirmed every single one of the worst thoughts about him, and he cemented it in stone that the only solution to this growing debacle is for him to sell the Crew to local ownership in Columbus and be gone from MLS and professional sports forever. MLS commissioner Don Garber shouldn’t be far behind for allowing this travesty to drag on for months and destroying the league’s credibility as well.