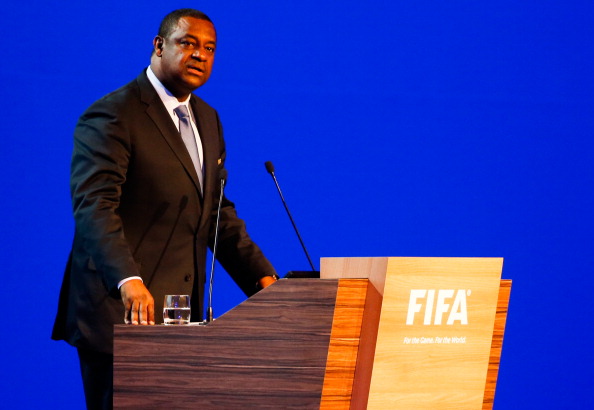 CONCACAF has long been the center of corruption and bribery allegations and indictments in the FIFA scandal that exploded last May. However, the organization is about to play the victim thanks to a lawsuit filled in United States District Court in Los Angeles on Monday.

Per the New York Times, the confederation covering North America, Central America, and the Caribbean is attempting to recoup upwards of $40 million that was lost in a travel scheme put forward by former president Jeffery Webb and Enrique Sanz, who was its general secretary.

According to Concacaf’s complaint, in less than three years, Mr. Webb and Mr. Sanz steered at least $40 million in contracts for all Concacaf travel toward Cartan Tours, owned by David G. Elmore. In exchange, the complaint says, Mr. Webb and Mr. Sanz received kickbacks while manipulating internal presentations to keep fellow Concacaf officials from seeing how travel costs had ballooned; within two years, Concacaf said, expenses for the organization’s signature tournament, the Gold Cup, more than doubled.

However, Webb and Sanz are not named in the lawsuit. Doing so would likely be an exercise in futility given the nature of Webb’s status in the May’s indictment. Instead, Cartan Tours are joined by Elmore Sports Group, iSports Marketing, and Gant Travel as co-defendants in the lawsuit.

Given all the allegations of corruption and outright thievery by Webb and other top CONCACAF officials, it isn’t really a stretch to believe that they were getting money in exchange for favorable travel contracts within the confederation.

Those named in the complaint aren’t taking it lying down though, with Cartan Tours telling the New York Times that the allegations were “baseless” and continued via e-mail that it “grossly distorts the parties’ business relationship in an effort to weave a tale that has no basis in fact.”

However, CONCACAF’s role as a victim has been ongoing since the initial arrests and investigation went public back in May.

“It’s fair to say that certainly FIFA, Concacaf, Conmebol, soccer federations whose officials have engaged in bribery, are victims in this,” Evan Norris, assistant United States attorney for the Eastern District of New York, said. “Their constituents — including the youth leagues and the other members of those bodies that rely on them for support — were harmed by the corruption of their officials and former officials.”

In this case it seems to protect its brand and organization from those who used it as their personal piggy bank and travel partners.

If anything, this lawsuit shines a light on just how deep and disturbing the corruption went inside the organization over the past two decades. As these investigations go further and further, it appears corruption was bad that those the organization were supposed to help — mainly the national teams inside the confederation — instead ended up poorer and more hurt than anything else.