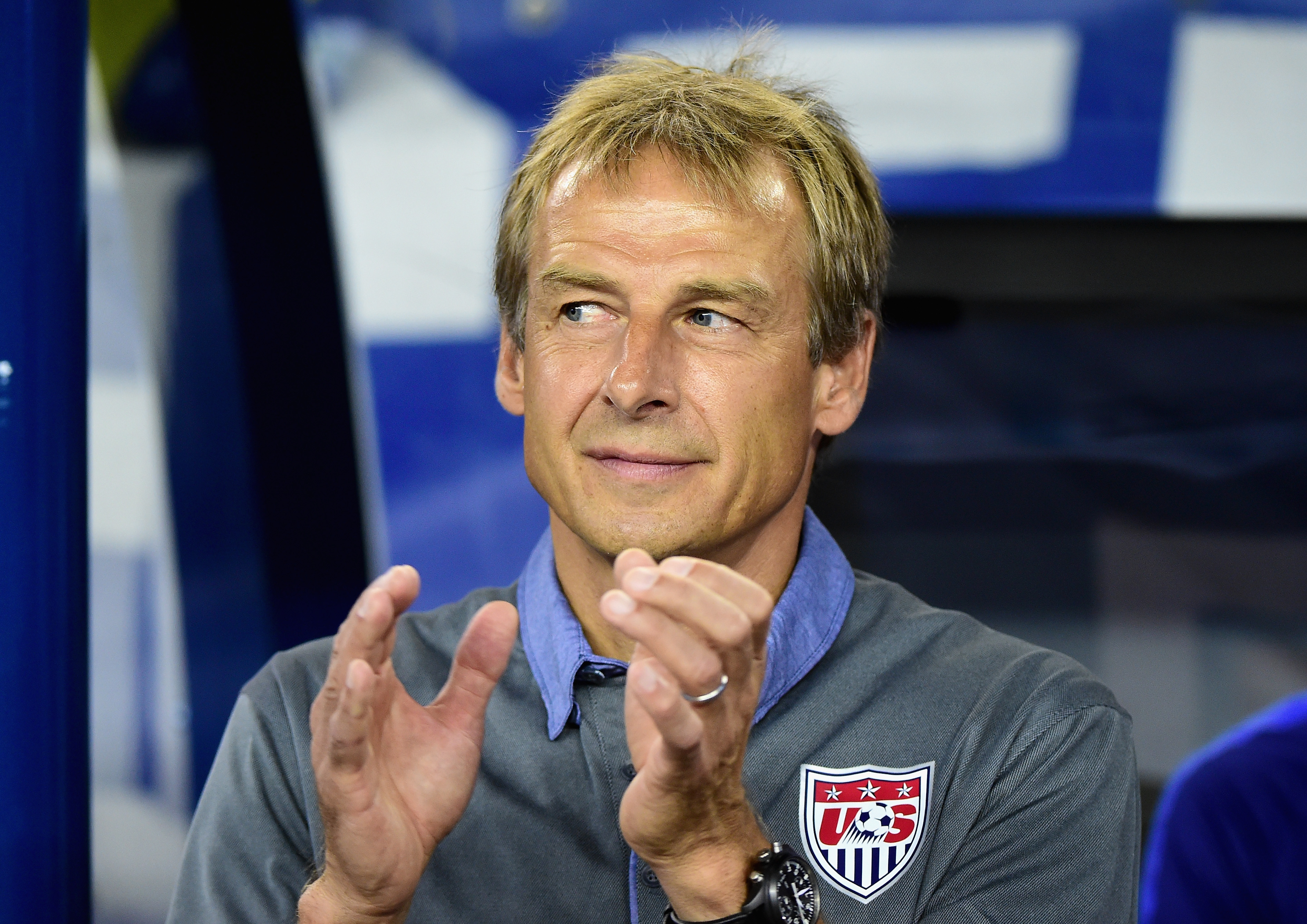 It’s been a strange summer for the United States men’s national team.

A flurry of solid performances in friendlies were followed up by an unequivocal 2-0 opening day loss to Colombia in the Copa America Centenario. Just then, it seemed like head coach Jurgen Klinsmann’s five-year reign was in its final days. His boss, U.S. Soccer president Sunil Gulati, made it pretty clear, albeit without saying it in so many words, that if the Americans didn’t survive the group stage, Klinsmann was in big trouble.

But he somehow coaxed three straight wins from his side, thanks in no small part to his long overdue decision to settle on a single lineup and playing style. Costa Rica was slayed 4-0 and the Americans survived red cards in a narrow 1-0 win over Paraguay and a 2-1 victory against Ecuador in the quarterfinals. Suddenly, things were looking up. Klinsmann’s team was not only cohesive, for once, but it actually played pretty good soccer, even when it was pinned back. It built out of the back, tried to keep possession, exploited the wings on the counter, created chances.

It all ended in tears, of course, as Argentina’s Lionel Messi, surrounded by the best national team in the world, made short work of the USA in the semifinals in a 4-0 rout that was even more one-sided than the score suggests. The Yanks didn’t get a single shot off.

The roar from the crowd as he carries his team to the third consecutive final… #CopaAmerica #ARG https://t.co/I6PlVHIpeK

And that brought on another moment of introspection for Gulati.

“Today is a good day to judge where we are in the program overall as a team,” he told reporters after the game. “We’re obviously a long way off. We knew that going in, but we knew we were a long way off when we beat Spain back in 2009 or Germany or Holland last year.”

“Obviously tonight was disappointing,” Gulati continued, per MLSsoccer.com. “That there’s a gap between the two teams is not a surprise. That you can win some of those games is also not a surprise. Today that wasn’t going to happen. It was pretty clear early on. There have been some very good positives out of this [tournament run], but let’s see. We’ve got another [third-place] game against a team [Colombia] that’s ranked top-five in the world. … But overall, the performance of the team to get here, absolutely that’s a positive.”

The implication here is that Klinsmann’s job is now secure until the end of his contract, which runs through the 2018 World Cup. Only some calamity in qualifying that threatens the Americans’ participation in Russia could derail his tenure now.

But that doesn’t mean some of the things Gulati said before that Costa Rica game, when it all looked terribly perilous, aren’t still operative. “Results are what matter — everyone understands that,” he said then. “The results over the last 18 months, overall, have not been what we would’ve hoped for — especially in the official competitions. It’s the official competitions that matter the most, and we haven’t been up to where we’d like to be.”

The Americans, of course, flamed out in the semifinals of the 2015 Gold Cup – their worst placement in a decade and a half – and then lost a playoff for a spot in the Confederations Cup against Mexico in October. Their first burst of qualifiers for Russia has been largely unconvincing, including a tie in Trinidad and Tobago and a loss in Guatemala. But going back further, even the 2014 World Cup run to the round of 16, generally seen as a good showing for having lasted past the tough group stage, betrays a performance in which the Americans were badly outplayed in three of four games.

“We haven’t broken through to match up well against the world’s elite,” Gulati said. “There are areas where I would have hoped for more progress and other areas where we’ve done well.”

On Thursday, news emerged that Klinsmann is now the bookies’ favorite for the vacant Southampton managerial job in the English Premier League. That doesn’t mean a ton in and of itself. These things are wrong plenty of the time. But it also doesn’t mean nothing. There’s chatter. And where there’s chatter, there are quite often also real talks.

This isn’t the first time Klinsmann has been linked to a Premier League job. As a big-time former player with a fairly solid resume, he’s habitually on shortlists. And just on Wednesday, The Independent ran an ill-informed column suggesting that Klinsmann would be an ideal fit to become the next England manager. 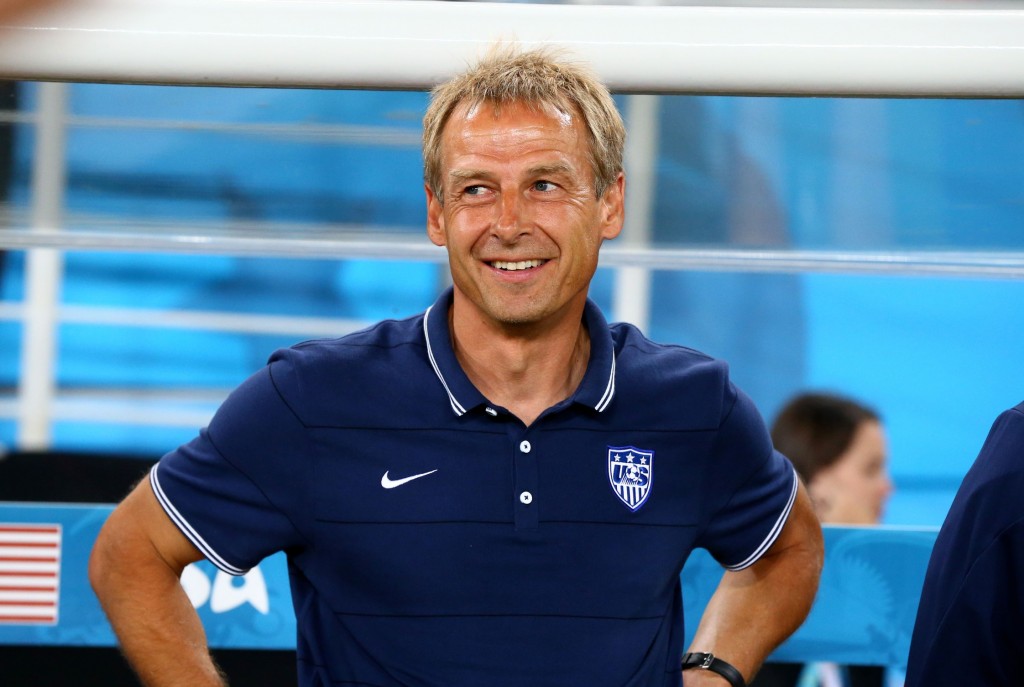 But it’s quite plain now that belief at the United States Soccer Federation in the inevitability of the success of the Klinsmann project, seeking to elevate the national team to the world’s elite, is flagging. And Klinsmann is very handsomely paid – more than $3 million annually, by most accounts – by an organization that has never paid out seven-figure salaries before.

It’s still unlikely that Klinsmann would leave a cushy job – the chorus of critics still pales to what he faced in his jobs as Germany and Bayern Munich managers – or his beloved home in Southern California. Yet if enthusiasm for his retention at U.S. Soccer is dwindling, and Klinsmann can surely sense that sort of mood, an actual job offer from the Saints might provide an elegant way out for all parties.

Klinsmann can leave with his head held high after a good run at a prestigious tournament – regardless of what happens in the pointless third-place game on Saturday – with a half decade under his belt in which he did achieve some promising reforms in his other role as technical director. And the federation can save face by saying its manager was simply poached, saving it the embarrassment of all this ending in any other way after it invested so much money and credibility in the German.

If this is how it ends – and, again, chances are it isn’t – it would be a convenient way to do it for all involved.