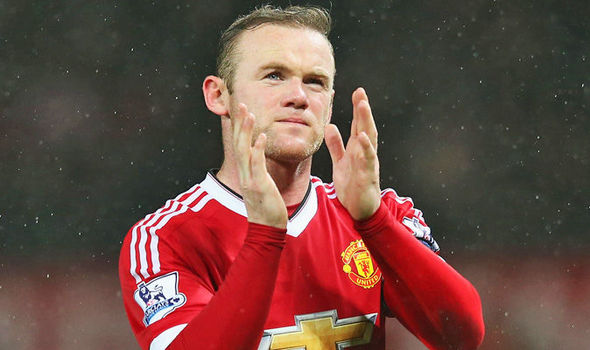 There have been plenty of prominent European players heading to MLS in recent seasons, including everyone from Zlatan Ibrahimović (who joined the LA Galaxy this year) to Bastian Schweinsteiger (who joined the Chicago Fire last season). Another former Manchester United player may soon join them. Wayne Rooney played for that club from 2004-17, but left for his previous club, Everton, last July.

However, Rooney has only scored 10 Premier League goals there this season, with the latest coming in December, and Steven Goff of The Washington Post reports that he’s in “serious talks” with D.C. United about coming to MLS this summer:

Rooney has a year left on his contract with Everton but reports in Britain said he has grown frustrated at his boyhood club. United would have to pay a transfer fee or Rooney would have to negotiate a free move. His market value is estimated at $17 million, a far cry from the $77 million price tag six years ago.

Talks between Rooney’s representatives and the MLS side accelerated in recent weeks, and one person familiar with the negotiations said D.C. has a 50 percent chance of acquiring him during the MLS transfer and trade window, which will open July 10.

While a 50 percent chance is far from overwhelming odds, this could make some sense for both sides. D.C. United’s new soccer-specific stadium, Audi Field, is set to open July 14, and the team not only will have new revenue from that, they’ll have an extra reason to try and make a splash. Rooney’s certainly a well-known figure who could do that. And it might be an on-field fit as well; they haven’t found much success in attack this year, and Rooney still has a nose for the goal and is only 32, making him maybe a better fit than some older veterans.

However, Rooney has played a ton of high-level soccer. He made his Premier League debut for Everton at just 16 and has posted almost 500 appearances for Everton and Manchester United across competitions, plus 119 for England. So there are perhaps some mileage concerns. But heading to the U.S. and to a team that really wants to feature him could work well for him. This is far from a sure thing at this point, though, and Goff’s story notes that D.C. United unsuccessfully tried to bring Rooney in last year.

It seems quite likely that D.C. United is going to add a big-name player or two of some sort around their move to their new stadium. Goff’s piece notes that they’ve also explored bringing in the likes of Javier “Chicharito” Hernandez, Carlos Tevez (interestingly, those two are also ex-Manchester United strikers), Mario Balotelli, and even Andres Iniesta (although that last one is not happening, thanks to his pending move to Japan), and that they may wind up adding a couple of big-name stars. That fits with a larger MLS trend; there are a whole lot of former players for big European teams in the league these days, and that seems like something that’s going to continue. We’ll see if Rooney winds up being the latest to make that jump.