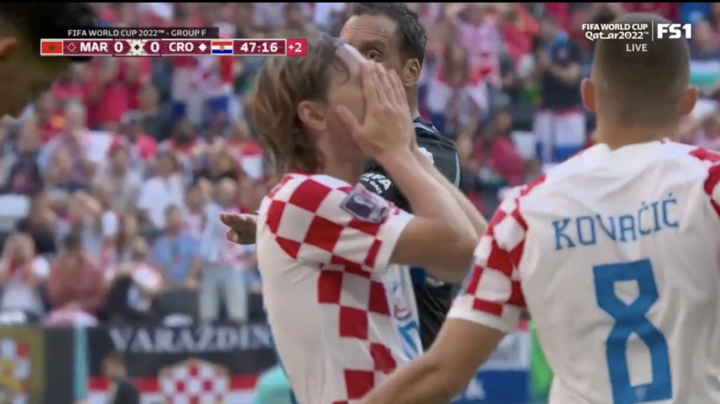 Croatia and Morocco started Wednesday’s 2022 FIFA World Cup action off with a scoreless draw. That’s the third nil-nil scoreline in nine matches so far in Qatar, including three of the last four matches over the past 24 hours. Compared to 2018, when there was just one scoreless draw throughout the entire tournament, the apparent lack of scoring may potentially be an issue as the tournament moves on.

The 2018 World Cup runners-up had a pair of dangerous chances just before halftime. The first forced a strong save from Morocco keeper Yassine Bounou and the second resulted in a Luka Modrić missile just over the crossbar.

Yassine Bounou with a HUGE save for Morocco 💪

He keeps things scoreless in the first half 🔒 pic.twitter.com/r3xF1f0HgK

Luka Modrić is going to want that one back 👀

He sends Croatia's best chance of the first half over the crossbar pic.twitter.com/dzoE4cllJ5

Morocco created a big chance of their own about midway through the second half. The Atlas Lions earned a free kick from about 25 yards out and got a little clever to free up Hakimi for a good look at goal. It was punched away by Dominik Livaković.

What a STRIKE from Hakimi and what a SAVE by Livakovic 🔥 pic.twitter.com/1yMRwSTdfI

Morocco has now gone more than 450 minutes without conceding a goal across all competitions. After going winless in the 2018 World Cup, they’re already off to a stronger start this year despite sharing points with Croatia. Right back Noussair Mazraoui was subbed off due to an injury, joining a growing list of Bayern Munich men that picked up an injury early in the World Cup.

Croatia also opened their 2018 tournament against a CAF team, besting Nigeria 2-0. The Kockasti (Checkered Ones) went undefeated in the group stage last time out to start their deep run to the final. Four players who started in Wednesday’s Morocco match, Modrić, Ivan Perišić, Dejan Lovren and Marcelo Brozović, also started in the final against France.

Both teams continue their World Cup campaigns on November 27, with Morocco facing Belgium and Croatia taking on Canada.