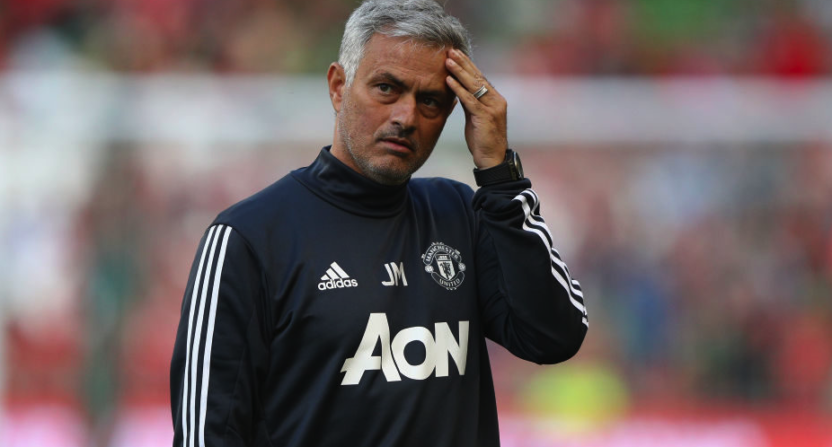 In the Sir Alex Ferguson years, there was a very popular misconception that Manchester United won every year simply because they bought the best players every year. Sure the club would occasionally break the bank to make a signing, but signing aging established players like Dimitar Berbatov or Robin van Persie were rarities.

Usually if United were spending money, it was on a young player that would be at the club for a long time. Someone like Rio Ferdinand, Wayne Rooney or Cristiano Ronaldo. The rest of their dealings were usually value signings of either young or undervalued players used to support the homegrown core of players United already had.

When Sir Alex Ferguson was in charge, every signing had a purpose. A player could either fit an immediate hole in his team, or it was a young player that would grow into the team over the next few months, or even years.

With the addition of manager Jose Mourinho in 2016, the strategy behind transfers changed again, now becoming even less clear. These days it seems that United are signing players less for where they fit into the team and more for what commercial benefit signing that player would have, no matter how much he costs.

Just take a look at who United have signed since 2013.

Do you notice anything about this list of players (besides the very high fees)? Louis van Gaal was tasked with completely rebuilding United’s team.  Positionally his signings made sense, even if they didn’t fit the style of play Van Gaal played (which is on Woodward as well). The high fees were more of a reflection of where United stood in the pecking order of European football at the time.

However, since Jose Mourinho has taken over, more of United’s signings have made less sense on the field then those that have.

Manchester United needed a player like Paul Pogba, but Mourinho has no idea how to use him. Mkhitaryan never earned Mourinho’s trust and was shipped out 18 months later. Zlatan Ibrahimovic filled United’s need for a big striker, but his style of play didn’t fit the rest of the team.

But commercially? Oh boy, were these signings great. Pogba was deemed the best midfielder in the world. United recouped the £90 million they spent on him in shirt sales in no time. Zlatan has the biggest ego on the planet and a very large fan base, putting him in a United shirt was marketing gold. In Mkhitaryan, United was getting the Bundesliga’s Player’s Player of the Season and the first Armenian to ever play in the Premier League. That’s a whole new country of fans!

This season, the lines have gotten even more blurry. United aren’t just signing players because of their commercial or on-field value, but it seems like they’re going for players because their rivals want them. Romelu Lukaku wasn’t United’s top choice to fill their need at striker this summer, but they went after him because their rivals Chelsea were also interested. At 29, and with a lot of wear and tear on him, Nemanja Matic does not provide a lot of value for the £31.50 million United spent on him, but by signing him, United were directly able to weaken Chelsea.

And then there’s Alexis Sanchez. I’ve already written that the Sanchez deal didn’t make much sense for United, despite how talented the man is. Commercially, Sanchez has been a rousing success. He sold more shirts in January then any player in the club’s history. His unveiling captured 75% more interaction then Neymar’s world record move to PSG the previous summer.

But on the field, it’s less clear. Sanchez has played better of late, but still doesn’t seem to completely fit in, and his arrival has sent a ripple effect throughout the entire team.

And that’s what allows us to question if United really do have a plan for what they will be doing going forward. Jose Mourinho is well known for his mood swings, and those swings as well as his transfer demands, are greatly influenced by the latest great result.

Over the past month alone Mourinho has given two conflicting reports of team summer plans. Following the club’s Champions League loss, Mourinho said that he, Mr. Woodward, Mr. Arnold, and the owners were all on “the same page” when it came to the direction of the club and the investments they needed to make over the summer. This past week, Mourinho said he doesn’t expect to be very active this summer, but that the squad will “evolve.”

Changing your plans based on the latest result is not a good way to run a football club, but with United it’s even more complicated. For starters, they need to know who their manager will be next season.

Earlier this season, it looked like Mourinho would be on his way out of Old Trafford come season’s end. I thought his contract “extension” a few months ago said as much. These days it’s looking more and more like he’ll stay, which can have it’s own myriad of problems.

Mourinho is seen as a wizard in the transfer market, though I’m not exactly sure why. Most of his signings at United have not lived up to their potential. And then of course there’s the list of players Mourinho sold because he didn’t value them anymore. A list that includes Juan Mata, Kevin de Bruyne, Frank Lampard, Michael Essien, Arjen Robben, David Luiz and of course Mo Salah.

If Mourinho stays at United, Anthony Martial will join that list, as will Luke Shaw and very possibly Marcus Rashford too. If Mourinho is to be taken at face value and United do plan on evolving their squad, that squad may not be there.

United have a lot to figure out between now and this summer. Is Mourinho the right manager to supervise a club letting their squad “evolve” or do they need to make a change there? Are they interested in signing players that will help the team and grow into the squad or do they just want the biggest name out there so they could sell shirts?

Manchester United may be putting out a perception that everything is fine right now, but if you look just a little closer, they really look like a club without a plan.