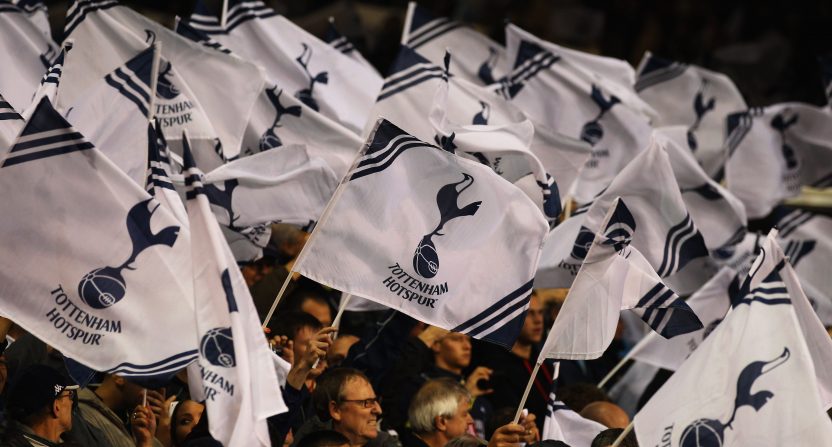 Tottenham under Mauricio Pochettino have improved dramatically over the past two campaigns, going from potential top four contenders to legitimate title contenders, though without any silverware to show for it. In the upcoming campaign, the goal for Spurs will be to finally add a trophy to their cabinet for the first time since the 2008 League Cup win over Chelsea. Is this the season that drought finally ends?

It’s hard to talk about the upcoming Spurs campaign without talking about their staggering lack of transfer activity. Here at The Comeback, we’ve already looked at this strategy and how it’s certainly a bold direction to chart in the era of wild transfer fees. But Tottenham is the only club in England’s top four divisions, let alone any club in the Champions League, that has not brought in any players via transfer or on loan. That inevitably will change, but where they stand right now, their squad is thinner than last year without any incoming improvements on the immediate horizon.

While the club has kept the likes of Eric Dier, Dele Alli, Toby Alderweireld, Harry Kane and others, which is an accomplishment in of itself, the squad still does not have the depth to be competitive in four divisions to win a trophy in at least one of them. Kyle Walker was sold, Josh Onomah was sent to Aston Villa on loan and Kieran Trippier, Heung-Min Son, Erik Lamela and Danny Rose are still battling through injury concerns as of this writing. And while their first XI is perfectly fine even with the training table troubles, the lack of depth is staggering when compared to their title and top four rivals as well as who they’ll face in the Champions League. Cartilage Free Captain has a great look at these depth issues and when they’re parsed out in text in front of you, the situation really does become astonishing for a club of Tottenham’s type.

That said, when fully healthy and fit, Spurs are still very, very good. Even with some key contributors another year older, they still have a very fit squad with world class players and some who didn’t have their best campaigns last year. Dele Alli isn’t yet at his peak, Harry Kane is a bonafide top 10 striker in the world, Christian Eriksen is one of the best creative midfielders in Europe and with a great set of defenders (minus Kieran Trippier) and France’s captain anchoring the defense, they are still eminently talented and brimming with potential. With the right additions, this club is certainly a contender for the title, the two domestic cups and to make a good run in the Champions League. But as of right now, are the right additions on the horizon?

Tottenham has been linked most extensively with a third keeper in Southampton’s Paulo Gazzaniga. The club is also looking at Everton’s Ross Barkley, a player who has divided opinion among Tottenham supporters. Recently, Spurs looked at Hoffenheim’s Jeremy Toljan, a right back who would start as deputy to Kieran Trippier. The injury crisis at right back might mean both Kevin Wimmer and Moussa Sissoko, who looked nailed on for the exit door, have to play key roles not only against Newcastle, but potentially against Chelsea at Wembley.

If Tottenham were to add the three players named above, their squad would have additions, but it would be hard to say whether they are better than they were a season ago, even if a young academy player or two plays above their heads. Combine this with the dramatic improvements that Manchester United, Manchester City and Chelsea have made, and you’d be fair to wonder whether Spurs have been lapped this summer even as the club tries desperate to pitch fiscal sense in an era of total fiscal lunacy.

If the club makes some smart additions between the publishing of this post and the end of the transfer window, Spurs will have absolutely every chance to end their trophy drought and be competitive on four fronts this season, even considering their silly Wembley voodoo and the inevitability of injury problems. If not, then Tottenham will be in a position they’ve found themselves too often in under Daniel Levy, despite the pureness of approach:

Tottenham will once again be pennywise and pound foolish, and it could derail all of the great momentum they’ve built as they head into their new stadium.