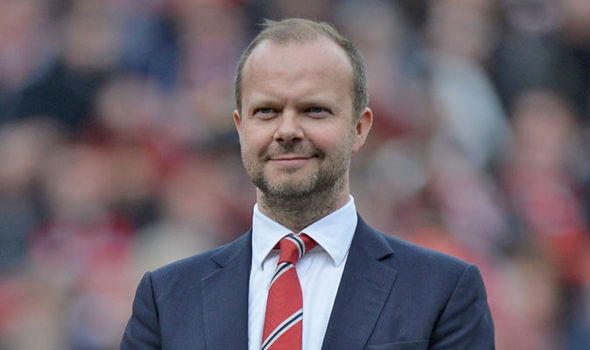 After a tumultuous summer tour, it should come as no surprise that Manchester United have gotten off to a rough start this season. The team has only ten points in seven games, currently in tenth in the Premier League table.

Luckily Manchester United fans are completely rational. They understand that this is just a little rough patch and things are going to get better in no time.

Obviously I’m just kidding. Most of the fan base still thinks they’re living in the Sir Alex Ferguson era where winning everything is the team’s birthright and they need someone to blame for the mess that the club is currently in. Half the fan base are ready to run Mourinho out of town, while the other half are so sure the blame lies with Executive Vice President Ed Woodward that they flew a banner criticizing Woodward during United’s trip to Burnley.

The fans are looking to blame Woodward as they believe he has failed to back Jose Mourinho in the summer transfer market. They’ll tell you that with a straight face too, despite the fact that the club have spent over £400 million on players during Mourinho’s tenure; not to mention, three of his eight signings aren’t even with the team two years later.

It’s well known that Mourinho is a “win-now” manager. He only wants to sign players that can help him win right away. This is a fine strategy for when you first arrive at the club. The strategy becomes problematic a few years later if you keep signing older more established players. Older players with little resale value will become ‘too-old’ really quickly, and it would be unsustainable for any club to then continue spending loads of money for new ‘win-now’ players.

The situation came to a head this summer when Mourinho wanted the club to sign a new center back, identifying Tottenham’s Toby Alderweireld as his top target. Woodward eventually didn’t sign anyone, arguing that spending £60 million for a 29 year old defender was bad business. At the end of the day, the United board decided that there wasn’t anyone out there who was any better than the center backs the team already had, two of whom were bought by Mourinho.

Fans were quick to react to this. They called Woodward and the board cheap and unwilling to spend money, which is laughable.

Woodward has never been afraid to spend boatloads of money for players. He spent £27 million for Mauroane Fellaini, £25 million on unproven Memphis Depay, £24 million for Morgan Schneiderlin, and £59.6 million for Angel di Maria. Of all those players, only Fellaini is still with the club and all were sold for less money. In more recent years he’s spent £38 million on Anthony Martial, £90 million on Paul Pogba, £75 million for Romelu Lukaku, and don’t forget about the weekly wages he’s giving to Alexis Sanchez.

I’ll be the first to say, Ed Woodward’s strong suit is not signing players. As you can see above, a lot of the guys he’s brought in haven’t worked out. However, the reason Woodward can spend all that money is because the man is a commercial genius. In his six years in charge, Woodward has led United to the top of Forbes’ list of most valuable clubs in the world, And that’s despite the fact that in his six years running, United the club hasn’t even sniffed a Premier League or Champions League title.

Woodward has always been a commercial superstar, to a fault. He’s wildly attracted to the big name. Every year he seems to go after Gareth Bale or Neymar or whoever the biggest name is. Since taking over at the club, most of United’s signings have been on attacking players, players who can sell shirts and whose faces you can put on billboards.

It’s certainly true that Woodward has neglected signing defenders. A few years ago, he knew United needed help at the back, but he put all his effort into trying to lure Sergio Ramos away from Real Madrid. Meanwhile Toby Alderweireld, the man who is now a United target and back then was a completely known commodity in the Premier League following a great season at Southampton, was signed by Tottenham for just £11.5 million. That was a bit unfortunate, but on the other hand manager Louis van Gaal didn’t exactly pressure Woodward to buy a different center back either.

As Executive Vice President, Woodward’s job is to look beyond the current season. Sometimes that means not spending copious amounts of money on an older player with no resale value. Sure he could have signed a young center back for much less money, but Mourinho wouldn’t play him so it wouldn’t help the team. Yes he wants to win now, but he can’t risk the future of the club either. That’s why Anthony Martial has become a wrecking ball in Woodward’s relationship with Mourinho.

Woodward’s “go big or go home” attitude towards the transfer market is one of the reasons the club is moving to hire a new Director of Football. This will put a football guy in charge of signing players, while Woodward can do what he does best, which is on the commercial side of the club.

Ed Woodward is far from perfect, but he is good for the club. For the fans calling for his head I ask, what would firing him now do? The new man wouldn’t be able to sign anyone until at least January, and United would lose the man who is constantly finding new revenue streams for the club.

United will sign a new Director of Football, which will fix some of the problems at the club, but right now on the field, the players have quit on the manager. That’s not Woodward’s fault, that’s the manager’s.