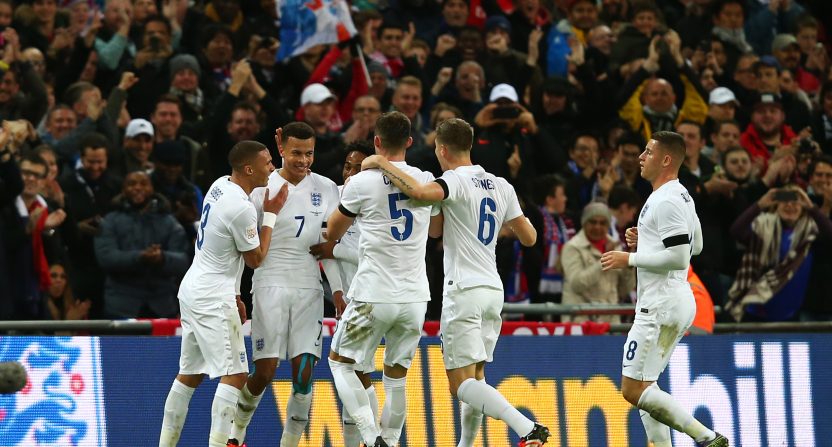 With Germany and England meeting for a friendly this week, it’s always fun to look at the two countries’ historic rivalry. England has levied some impressive defeats on their European foes over the years, notably in 1966 and in 2001. It has been, however, the Germans that have gotten the better of the Three Lions on nearly every occasion in recent years.

There are numerous reasons why England have struggled against Germany. The simplest explanation is that Germany has better players. Why that’s the case can be a little more complicated. One explanation is Germany’s ability to develop young talent in their domestic league.

Things are different in England. Many of England’s youngest players are denied regular playing time thanks to big money transfers from abroad. This disparity has produced a remarkable stat regarding the U21’s of both countries.

Between them, England U21 squad have 206 Premier League appearances overall.

The Premier League with its big budgets tend to prioritize the signing of big-name players. This comes at the expense of many of the young England internationals. The current U21 squad features 13 players on Premier League rosters, but none, apart from Sunderland keeper Jordan Pickford have managed to achieve regular playing time. As Archie Rhind-Tutt’s stat points out, these 23 players have only managed 206 top flight matches.

On the other hand, Germany’s U21s are filled with players making a real impact on their Bundesliga clubs. Germany has 19 players in their U21 squad on a top-flight roster. Among these players are like likes of Mitchell Weiser, Max Meyer, Matthias Ginter and Mahmoud Dahoud. Those four, among others, have all made considerable impacts for their club teams. Weiser even spent a season getting semi-regular playing time for Bayern Munich three years ago.

Coincidentally many of these names have, at one time or another, been linked with a move to the Premier League. The Premier League’s reliance on foreign players has undoubtedly hindered the development of many of their homegrown talent.

Much has been written about the way that Germany reformed their national team after a series of embarrassing losses in the late 90’s and early 00’s. A major aspect of that reformation was the implementation of youth academies across the country. The development plan worked, and worked well, resulting in a World Cup win in 2014. England, meanwhile, has been stuck in mediocrity since they beat Germany 5-1 in 2001.

It’s not like England doesn’t have youth academies, those are in abundance. It’s the inability to come up against quality opposition at high levels that has held the country back. For every Dele Alli and Marcus Rashford making a sizeable impact, there are countless young players stuck behind big name signings across the league. This isn’t something that can be easily remedied. If you’re Chelsea do you give up signing a player like Cesc Fabregas to give playing time to someone like Ruben Loftus-Cheek? That’s tough for a club with plenty of money to burn.

England’s squad is still filled with plenty of young talent. The recent senior squad for this international break is comprised of 13 players 25 years of age or under. However, taking that talent to the heights that Germany has reached will require more than just a few young players. The blueprint has to be a consistent stream of young talent given playing time at a high level. The FA get a good look at that blueprint when they play the reigning world champions. It would be a hard sell for many Premier League owners, many of whom have little incentive help the England national team.

Germany’s success came at some cost to the domestic league. The Bundesliga took a tumble in the UEFA coefficient in the mid-2000’s. The country had figured out how to reform their player development during that time. England has gotten a good look at this development over the years. England can come full circle by taking a lesson from the team they forced into a dramatic overhaul 16 years ago. Now it’s up to the English FA to try to see the forest from the trees. Appeasing the Premier League owners might be the toughest task, but it might be England’s best chance for a second star.