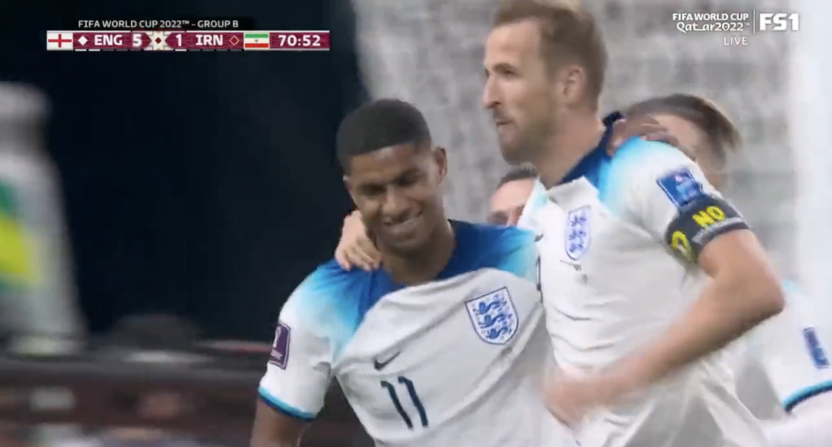 England is clearly on a mission to redeem itself at the 2022 World Cup following a semifinal loss at the 2018 World Cup and losing in penalties in the 2020 Euros final.

And English fans are already setting the highest of expectations.

Bukaya Saka scored two goals to lead England to a resounding 6-2 win over Iran to open Group B play in Qatar. Saka’s World Cup debut was particularly cathartic after he and fellow goalscorer Marcus Rashford were subjected to hateful, racist messages for missing penalties in the Euro final against Italy.

Despite the objectively strong tournament performances, coach Gareth Southgate has been a target of criticism among England supporters. Some of the criticism has to do with his support of kneeling in protest of racial injustices, which England before kickoff against Iran.

After this performance, it’s safe to say there’s reason for fans to affirm their belief in Southgate and dream of winning the World Cup.

“England fans, get behind the team,” FOX analyst and England native Warren Barton said. “Support the team, support the coach, and we might even bring it home.”

England was the favorite to win Group B against Iran, United States and Wales. For the rest of the tournament, they certainly won’t be overlooked by any opponent.

“You have to say they’re the favorites — or one of the favorites, at this point,” FOX analyst Landon Donovan said on the broadcast.

England’s next match is against the USMNT on Friday at 2 p.m. ET on FOX.

"We might even bring it home!"@warrenbarton2 believes that with the right support England has what it takes to bring home the 2022 FIFA World Cup trophy! #WCNow pic.twitter.com/dDEthfCEcZ

Unbelievable performance from England!! Loved that

Them: “It’s just the first game, don’t get carried away.”

Literally everybody in England: pic.twitter.com/RBIpZmivyl