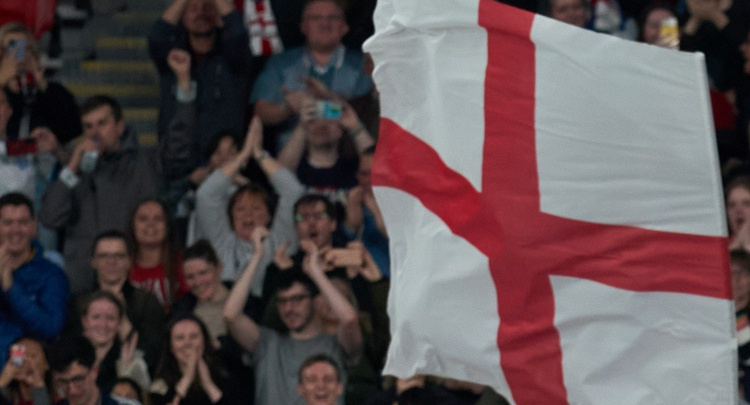 FIFA has reportedly taken a company line not to offend World Cup host nation Qatar. Their latest move there is an attempt to banning England striker Harry Kane from wearing his “One Love” captain’s armband.

The Telegraph reported that The Football Association — the English national team’s governing body — was told by FIFA that the England captain could not wear the armband that he wears to show solidarity with the LGBTQ+ community and other marginalized groups.

Fifa have banned Harry Kane and England from wearing the 'OneLove' armband at World Cup.

Same-sex relationships are illegal in Qatar and advocacy for LGBTQ+ people can be legally punished in the conservative Muslim nation. Qatar’s discrimination against women, sexual orientation and treatment of migrant workers have come under scrutiny in the run-up to the World Cup.

This is the latest example of either Qatar’s crackdown on people who violate their discriminatory laws, or FIFA’s willingness to enforce Qatar’s laws despite World Cup organizers having told security forces to tolerate people who show support for the LGBTQ+ community and not to harass journalists.

On Saturday, FIFA President Gianni Infantino gave his full-throated support of Qatar and criticized Europeans for being hypocrites for calling out Qatar’s discriminatory laws and human rights abuses. He asked for journalists to focus on what happens on the field rather than the country.

According to The Telegraph, there’s a worry FIFA officials could instruct the match officials to give Kane a yellow card before kickoff in England’s opener against Iran on Monday. Before the ban was reported, Kane and coach Gareth Southgate were adamant that England would be taking a knee to protest racial injustices and wearing the armband.

'We've made it clear we want to wear it'

However, this decision is likely not to just affect England and Kane.

England is a part of a coalition of multiple European teams who have pledged to wear the armband as a form of protest against Qatar. Germany, The Netherlands and Denmark have also joined the campaign. In response, FIFA unveiled its own version of an armband promoting social chance on Saturday, with the sayings “Football unites the world” and “Share the meal,” which is a part of a United Nations-backed campaign.

Al Jazeera reported that German goalkeeper Manuel Neuer said he would defy FIFA’s request if they banned him from wearing the “One Love” armband. Denmark’s Christian Eriksen and Dutch defender Virgil van Dijk also said they would be wearing the armband, though van Dijk said if he will be given a yellow card, the team will discuss it.

Organizers have said ahead of the World Cup that everyone is welcome in the country. But the treatments of those individuals remains a major question.

[The Telegraph; photo of fans with an England flag from an Oct. 7 England women’s national team match against the USWNT, taken by Peter van den Berg-USA Today Sports]