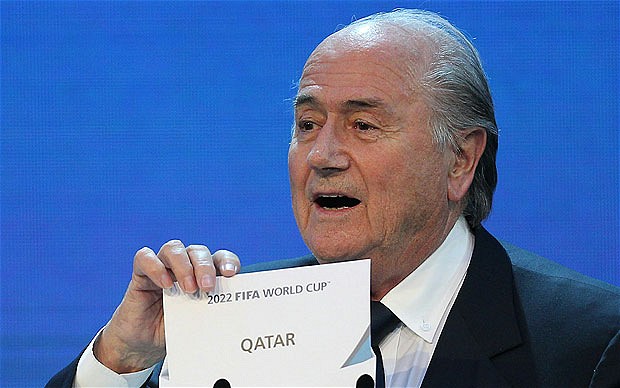 If you haven’t been following the FIFA corruption trial taking place in New York City, you should. Over the past few weeks, testimony has come out detailing exactly how these officials were able to transfer money in order to get what they wanted despite it being highly illegal.

This trial has been compared to a mafia trail, including one defendant giving a throat-slashing gesture toward a witness while he was testifying. In addition, one Argentine government official committed suicide and a VP of a media company was shot and killed. Both were named in testimony but the man who was shot dead, Adolfo Lagos, may have been killed as the result of an armed robbery and not anything connected to this case.

This week, the discussion got to Qatar and their involvement in how they got to host the 2022 World Cup. Under oath, former Colombia Football Federation President Luis Begoya said he was told Qatar’s bid committee had set aside $15 million in order to bribe officials to vote for them instead.

Begoya was indicted by authorities and pleaded guilty so he could be a witness for the prosecution, revealed that he met with Argentine businessman Mariano Jinkis and someone he said was an “important person from Qatari television.” This Qatari TV person reportedly asked if he could count on their vote for the bid and when he left, Jinkis talked to Begoya about bribe money. Jinkis has also pleaded guilty for his charges which include racketeering conspiracy and wire fraud conspiracy.

If you have been following the story since Qatar got the rights for the World Cup in 2010, there have been many reports that they bribed officials for votes. At no point was there even discussion to take the World Cup away and this won’t cause FIFA to take the World Cup away either. It’s also important to note that it’s not just Qatar, but multiple tournaments around the world but concentrated on those held in the Americas regarding TV rights. There’s definitely going to be more to this story.