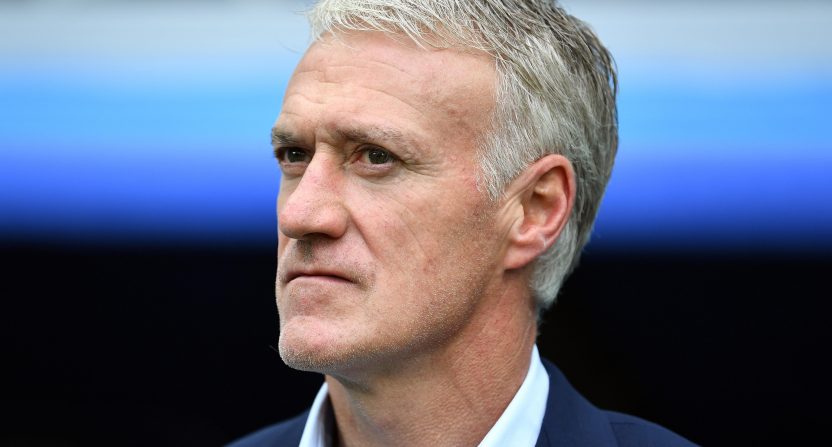 Last month, FIFA announced the 11 man shortlist for their annual coach of the year award. If you didn’t know that was a thing you’d be forgiven. The award was created in 2010 and was given out annually… until 2015 when the name of the award was abruptly changed to “The Best FIFA Men’s Coach.” Great.

Based on FIFA’s website, the award is to be given to the best coach “based on their achievements from 3 July 2017 to 15 July 2018.” Basically over the course of an entire 12 month period. That part makes complete sense, until you look at who’s won the award.

Do you notice anything interesting about that list? If you remove Ranieri the list is literally just the manager that won the UEFA Champions League that season, or the manager who won the Euros or World Cup over the summer.

I’m not here to say that winning the Champions League or the Euros or the World Cup isn’t an accomplishment. It’s a tremendous accomplishment that every person in the sport dreams of doing and only few manage to do it. However, there is something to say about these managers all having the best players in the world at their disposal.

Many of these teams are made up of players that should be winning these competitions regardless of their manager, and they do! The core of Vicente Del Bosque’s 2012 Spanish team was comprised by the same core of Barcelona players who won the Champions League in 2011 (and again in 2015). Two years later, Joachim Low’s German side was comprised of the same core of players that won the Champions League with Bayern Munich the year before.

Did you notice anything else about that list? Maybe how all the managers are managing European teams?  That’s pretty interesting considering the award is supposed to go to the best coach in the world.

Since the award was created, only once has a coach from outside Europe ever finished in the top three; in 2015 when Jorge Sampaoli finished third after winning the Copa America with Chile. What happened the next year? Sampaoli didn’t even finish in the top three after winning a second straight Copa America. Instead, third place went to Portugal’s Fernando Santos whose team won Euro 2016 but drew every group stage game and won once in regular time in the knockout stage.

I’ll be the first to say Claudio Ranieri deserved to win the award in 2016 in Leicester but for Sampaoli to not be runner-up is ridiculous. What other manager has to play major tournaments in back-to-back years? And Sampaoli won both of them!

I will agree with anyone who says the best coaches, players, and leagues are all in Europe but it’s incredibly Euro-centric to not even include managers from other parts of the world. The award should simply be called “The coach who won what we believe is the most prestigious competition of the year.”

What’s most outrageous is that there is only one award for both club and international managers, two jobs that couldn’t be more different. Club managers are with their teams for about 10 months of the year. During summer tournament years, international managers are with their teams for about eight weeks, of which only four of them matter. While winning the World Cup is tremendous, did Joachim Low really outperform everyone else over the course of an entire year? Vicente Del Bosque didn’t win in 2010 despite winning the World Cup, and Spain’s second major tournament in a row, and I’d argue he didn’t deserve to. Hell it looks like he only won in 2012 because Chelsea won the Champions League that season with a caretaker manager who didn’t last a year).

Take a look at the shortlist for the award this year. Three finalists will be revealed on Monday.

Based on history, this year’s award will be coming down to either Zidane or Deschamps. But do either of them really deserve it?

Zidane achieved a remarkable feat by winning a third successive Champions League, but at no point did his team look dominant (they didn’t even win their group) and they finished 17 points behind Barcelona in La Liga. Not to mention they also had a roster that boasted Cristiano Ronaldo, Gareth Bale, Karim Benzema, Luka Modric among many other stars, and his tactics were little more than, go out there and play.

As for Deschamps, FIFA’s website lists three supporting stats for each candidate for the award. Deschamps’ third “supporting stat” is “has taken charge for more games for France than anyone else.” Wow! So now being a nation’s longest manager of all-time makes you a best coach candidate? It’s not even an appropriate stat if the criteria is within a one year period?

I don’t mean to diminish the achievements of the coaches that won the biggest trophies in the game. That’s not easy and having a talented team doesn’t guarantee you a win. Plenty of times the more talented teams don’t win, sometimes because of the coach. Sometimes you just need a coach like Joe Torre when he was the Yankees manager, who mostly managed the players’ egos to keep them happy, knowing that that would be enough to get the best out of them.

There are ultimately two problems with this award. Does the fact that Deschamp’s France beat Dalic’s Croatia really mean that he’s the better coach? Shouldn’t Dalic be getting more credit for taking an underdog Croatia all the way to the final?

But if that’s the case, how is what Dalic did over the course of one month and seven games more deserving than Jurgen Klopp guiding a talented but flawed Liverpool team all the way to the Champions League final?

The truth is it’s incomparable and until FIFA splits this award into a club and international award we’ll never be able to take it seriously.

Until then, just give it to Pep Guardiola. 100 points in the Premier League is unheard of. No one did a better job than him.