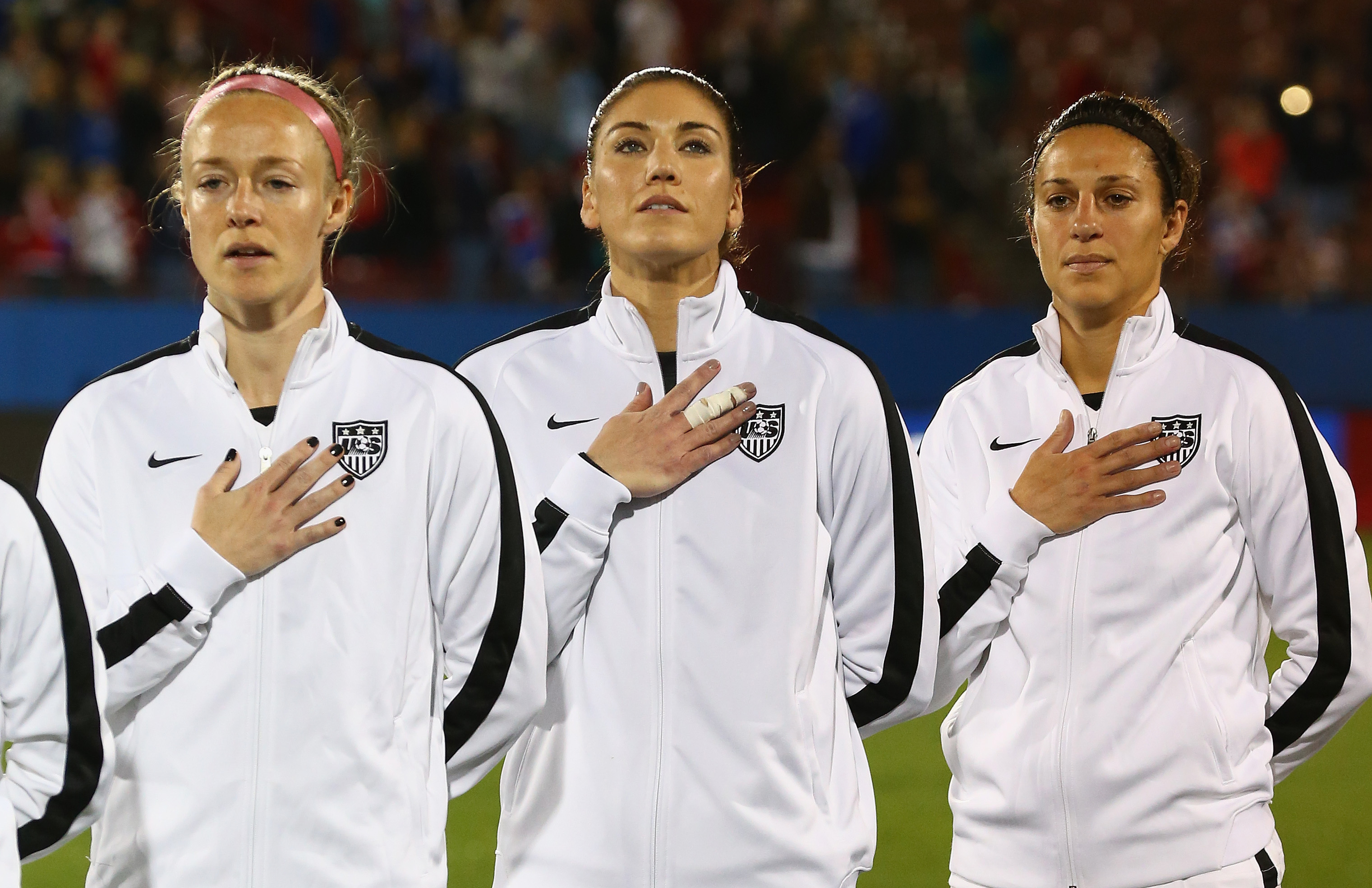 In between winning the Women’s World Cup and going on their victory tour to getting ready for the Summer Olympics where they are favorites to win gold, the United States Women’s National Team needed to strike while the iron is hot to get their word out that they feel they are not being paid comparatively to players on the Men’s National Team. As they are currently in court with U.S. Soccer for a disagreement on their Collective Bargaining Agreement, the USWNT has also accused U.S. Soccer of wage discrimination to the Equal Employment Opportunity Commission comparing their pay to their male counterparts.

Lawyers for five of its top stars, Carli Lloyd, Alex Morgan, Megan Rapinoe, Becky Sauerbrunn and Hope Solo are saying that they are getting paid four times less than the men even after winning the Women’s World Cup and going on a Victory Tour that filled football stadiums (as long as the turf wasn’t terrible).

Some may say in terms of the World Cup bonuses that the men get theirs earlier because they aren’t expected to win the World Cup, unlike the women. Well, ignoring that the women still get paid way less to win the Women’s World Cup ($75,000) than the men do making the knockout stage of the World Cup (about $196,000), that’s like an honor roll student getting nothing as a reward for straight A’s on her report card because she’s been getting straight A’s for years and is expected to in the future while her slacker brother gets ice cream for getting straight C’s when he always gets D’s on his report card. You can imagine the straight A sister getting upset about that, that’s what’s happening now with the USWNT.

The USWNT isn’t messing around in court either, they have Jeffrey Kessler representing them. He has been representing Tom Brady in his Deflategate case against the NFL. Kessler stated on behalf of the players:

“The reason the players have filed is because the USSF has made it clear that they will not consider equal pay [with USMNT] in the negotiations for a new agreement. So whether or not there’s an existing agreement, they won’t ever agree to make a change to give us the right salary. And the players have been very patient and have concluded now they have to bring a case.”

“These athletes have probably the strongest case for pay discrimination against women that I have ever seen. Because you have a situation where not only are their work requirements identical to the men’s requirements—the same number of minimum friendlies they have to play, the same requirements to prepare for their World Cups—but they have outperformed the men both economically and on the playing field in every possible way the last two years. So this isn’t a case where someone can come in and say the reason the men are paid more is because they are more economically successful or the men outperform the women or they’re not comparable in the same way.”

U.S. Soccer weighed in on the accusations by the players:

“We understand the Women’s National Team Players Association is filing a charge with the Equal Employment Opportunity Commission against U.S. Soccer. While we have not seen this complaint and can’t comment on the specifics of it, we are disappointed about this action. We have been a world leader in women’s soccer and are proud of the commitment we have made to building the women’s game in the United States over the past 30 years.”

Many in sports, both in and out of soccer will be interested to see how this turns out. This could be a turning point in not only sports but the workplace in general when it comes to women earning equal pay for equal work compared to the men.

UPDATE: U.S. Soccer released a statement concerning the allegations, committing to negotiating for a new CBA at the end of this year. 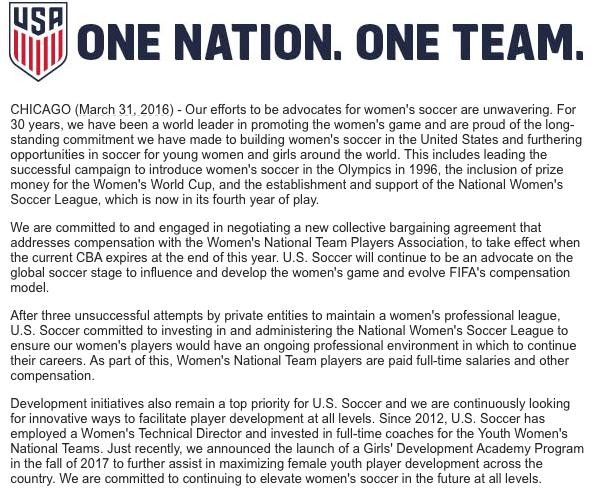