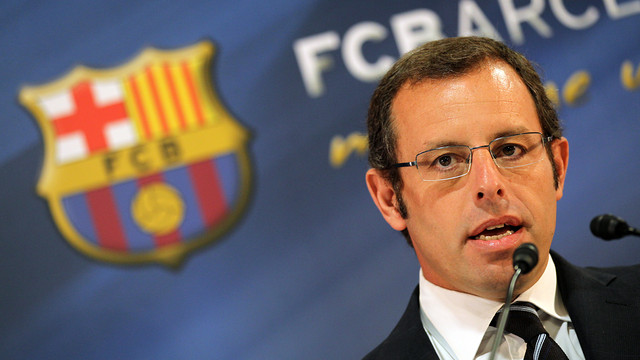 A report from Spanish outlet El Confidencial revealed that former Barcelona president Sandro Rosell was accused of participating in organ trafficking after buying a liver on the black market so former player Eric Abidal could receive a liver transplant. Abidal needed a transplant after doctors discovered a tumor on his liver and received a new liver in 2012.

Authorities received this information after listening in on Rosell’s calls due to investigating a money laundering scheme that Rosell was convicted and is currently serving a jail sentence. While they were getting evidence on this case, they supposedly heard multiple calls that seemed to suggest Rosell “implicitly admitted illegally buying a liver.” The organ trafficking investigation, which could bring a 6-12 year prison sentence, was closed last year by a Catalonia regional court.

Barcelona denied this happened and not only noted that the investigation was closed with no charges filed but claimed the article was damaging Abidal’s reputation.

In a statement, the Catalan club said the story “omits an important detail by failing to recognise that the case was shelved by a court [earlier this] year.”

They added: “This only serves to damage the honourability of Abidal, of all the organisations linked to transplants, of FC Barcelona, and of the club’s former president Sandro Rosell.

“The club deeply regrets the lack of rigour in the publication of the information related to such a sensitive topic.”

Abidal also denied that he received an organ via trafficking and reminded people that it was Abidal’s cousin who donated his organ.

“The Eric Abidal Foundation, in our name and that of Eric Abidal, categorically denies the information which has appeared about an irregularity in the treatment of his illness,” they said.

“The entire process relating to his transplant followed the established guidelines and protocols.

“We regret that the honourability of everyone involved in the process has been called into question. Eric has professed his great admiration and is enormously thankful for his treatment, especially to his donor, his cousin Gerard.”

Abidal missed a year and came back to make a handful of appearances but eventually retired in 2014. Abidal has been in full health since. For what it’s worth, even if this story were to be true, Abidal shouldn’t be blamed for accepting the liver. It’s not like he was charged or even remotely considered to be a part of the allegations on Rosell. And I know if I needed a transplant and would eventually die without one and found out I could get a transplant, I’m probably not asking questions about where it came from and I’m just focusing on surviving.

Just a strange story all around.