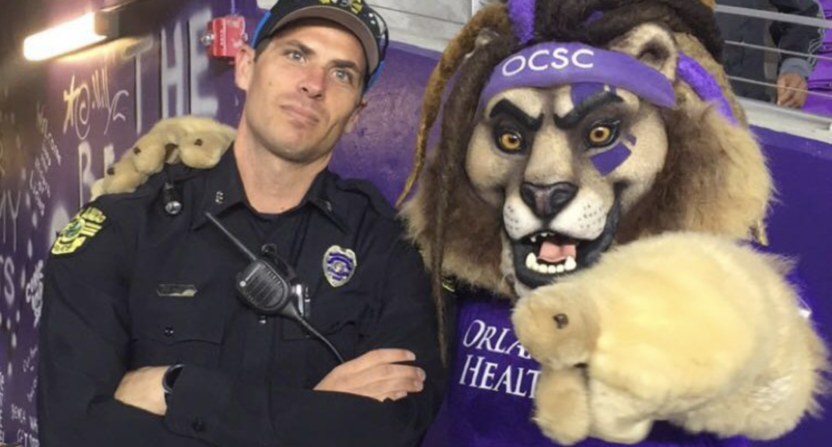 Tally Hall spent one year at Orlando City SC but the city of Orlando clearly made an impact on him. After retiring, Hall joined the Florida Police Academy and became a police officer in Orlando. Now, Hall is back at a soccer stadium protecting something different. Instead of protecting the net, Hall was protecting the people in Orlando City’s home opener against D.C. United.

Kingston ran into an old friend at the game on Saturday. Hey, Officer Hall! #FaceOfCity pic.twitter.com/6idTHJfstz

According to a 2016 Telegraph article as he was entering the police academy, Hall had a passion to serve in some capacity after his father was a firefighter and brother was in the military. While he partly retired due to knee injuries, it wasn’t career ending and Hall retired on his own terms after planning his post-soccer career.

“Becoming a cop has always been a plan and last year while I was playing at Orlando City I was talking to the police officers that were in charge of event security about what a cop actually does, the lifestyle that it provides, the support for each other and for family and it kind of made me realise that it was something I wanted to do.

“The more I thought about it, the more it made me realise it was something I wanted to do more than playing soccer. This year I’m making the jump.”

Hall even floated the possibility of working in the stadium of his former team. While he admitted it would take some time to adjust, he would’ve welcomed the opportunity.

“It would be pretty fun to be head of security for coaches I’ve played for. That would be a neat experience for me to walk out with players and coaches that I’ve worked with but I’m not looking specifically to be a police officer in a stadium.”

“The best seats are between the white lines so it may take me some time to go back to a stadium knowing that I don’t get to play.”

If Tally Hall is as good of a police officer as he was as a goalkeeper, the city of Orlando has a good one protecting and serving.