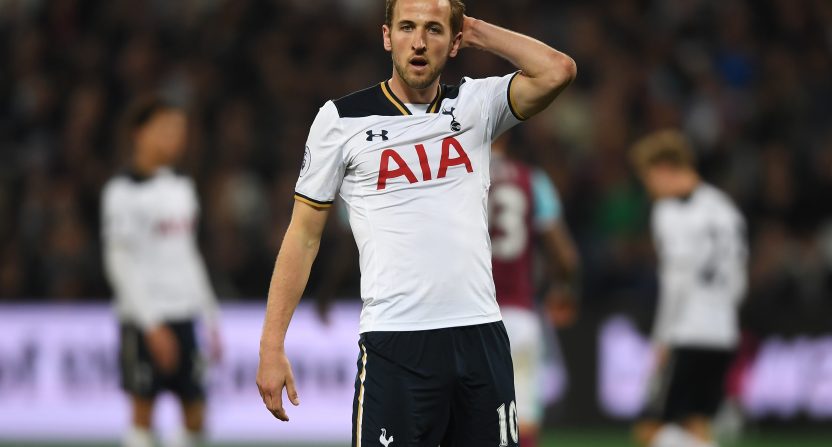 If you are a Spurs fan, the future couldn’t be brighter. The team has England’s two best midfielders, as well as their first choice striker, and all of them are under the age of 24. They’re a young and exciting team with one of the world’s best young managers at the helm and will be moving in to a brand new stadium in 2018.

Spurs are likely to finish as runners-up in the Premier League this season and will no doubt have their sights set on winning the whole thing next season. Their young team will be a year older and more experienced, which can only mean they’ll be better. It’s clear that Spurs’ window for winning is wide open.

But unfortunately, it’s not. That window is merely a narrow opening.

Here’s the thing about Spurs. Their players are really good and the big massive clubs of the world have taken notice. Tottenham brass knew this was the case and therefore signed many of their first-team players to new contracts at the start of the season. However, those contracts still pay these players under their market value. Significantly under their market value.

Take Dele Alli, for example. Alli just won his second consecutive PFA Player of the Year award. He currently has 17 goals in the Premier League and while it’s unlikely, it’s not out of the question that he’ll finish the year with 20 goals in the league. Now take his England teammate, and Manchester United squad player, Jesse Lingard. Lingard has one goal in the league this year and will more than likely finish the season with one goal. Yet Lingard makes nearly twice as much as Alli. How long can Alli live with that?

Well, of course he did. What else was he supposed to say? That it was open season on his players? It’s almost as if Spurs fans forgot that you can trust almost nothing that comes out of the mouth of a manager or club official at a press conference. I mean, have they ever heard Jose Mourinho speak? As for the contracts, any football fan knows that a new contract simply means the team can hold out for more money when selling that player.

Following Leicester City’s magical Premier League-winning season last year, there were players who turned down moves to other clubs because what they had at Leicester was “special.” Only N’Golo Kante left Leicester. That special feeling may have led to a great run in the Champions League, but Leicester didn’t add any silverware to their trophy cabinet.

Meanwhile on the other side of London, Dimitri Payet’s long-term commitment to West Ham ahead of their new stadium opening lasted all of a half a season before he left town.

Tottenham may have a great group of guys and a new stadium on the way, but if they really want to hold on to their players, it won’t be enough to simply compete for silverware next season, they have to actually win something. That will not be an easy task as Tottenham get set to move to Wembley Stadium next year, a stadium that they have played very poorly in, and a pitch that doesn’t fit their style of play.

Tottenham have to look no further than what happened just over a decade ago to their crosstown rivals. Arsenal was the hot young team in the Premier League with a new stadium to look forward to. They were supposed to be the toast of the town, before financing a stadium forced them to sell some of their older players.

The financials are different between the two clubs, but once you get past the Henrys and other big names leaving you realize Arsenal left behind a young and very talented team. They simply caught bad luck in that both Manchester United and Chelsea spent the next few seasons as two of the best three teams not just in England, but in all of Europe.

Eventually, Arsenal’s young players grew hungry for trophies and wanted to leave. It started with Samir Nasri chasing the money to Manchester City, but pretty soon Cesc Fabregas and Robin van Persie were off in search of silverware.

That’s the thing that Spurs need to worry about. It only takes one player to start the merry-go-round. Kyle Walker has already had his “head turned” by interest from other clubs. Manchester United are ready to throw money at Tottenham in a bid to land Eric Dier.

Spurs have already hinted that they may be willing to part ways with Walker, despite the fact that he was the Premier League’s best right back this season and Mauricio Pochettino’s system requires very skilled full backs.

Tottenham may have said they won’t sell anyone for non-footballing reasons this summer, but what happens if they’re players suddenly see how much money they can make elsewhere and decide to leave on their own. There won’t be much that Tottenham can do to hold on to them.

Should even one player leave Tottenham this summer to get paid, it will get the rest of them thinking, why not me. Maybe they’ll all stick around for another year because they love their teammates, but if they don’t win any trophies eventually these players will look to cash in on their true value.

Suddenly, that window isn’t as open as Tottenham fans hoped it would be.