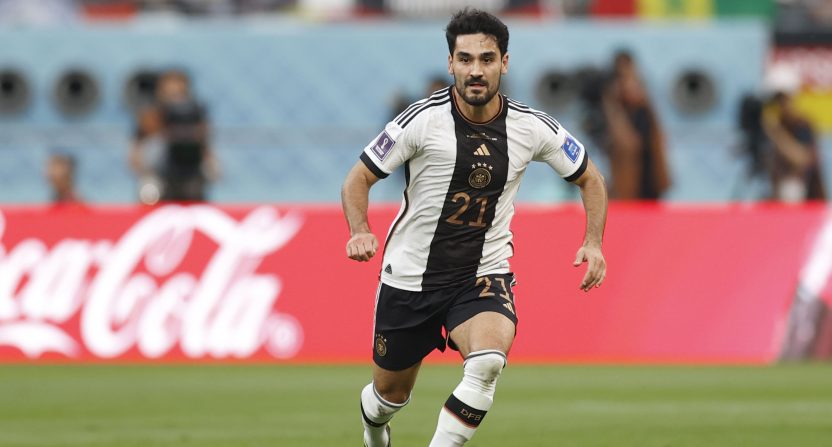 Ahead of its 2022 FIFA World Cup opener vs. Japan, Germany’s players covered their mouths during the traditional team photo. The symbolic gesture is meant to show how they’ve been silenced by FIFA banning captains from wearing the “One Love” armband, among other things.

Germany's team photo after FIFA blocked them and other nations from wearing the One Love armband 👀#GER #JPN #FIFAWorldCup https://t.co/BiJCB48zbm pic.twitter.com/fhyBhnB7Rw

Before just about every major club or international soccer match, the starting XI poses for a photo. These often serve as informal records of the match and make for decent photos for recap stories. Rarely are they used to make a statement like this.

The DFB (German Football Association) confirmed the stance with a pair of tweets sent shortly after kickoff.

It wasn’t about making a political statement – human rights are non-negotiable. That should be taken for granted, but it still isn’t the case. That’s why this message is so important to us.

Denying us the armband is the same as denying us a voice. We stand by our position. pic.twitter.com/tiQKuE4XV7

The DFB also launched an investigation into the legality of FIFA’s armband ban. Germany is not the only nation impacted or upset by FIFA’s rules. The global soccer sanctions body recently told Belgium to remove the word “Love” from inside the collar of their away kits.

Ahead of the World Cup, Denmark and manufacturer Hummel, designed their kits rather plainly on purpose. Hummel released a statement along with the kits that said they “don’t wish to be visible during a tournament that has cost thousands of people their lives.”