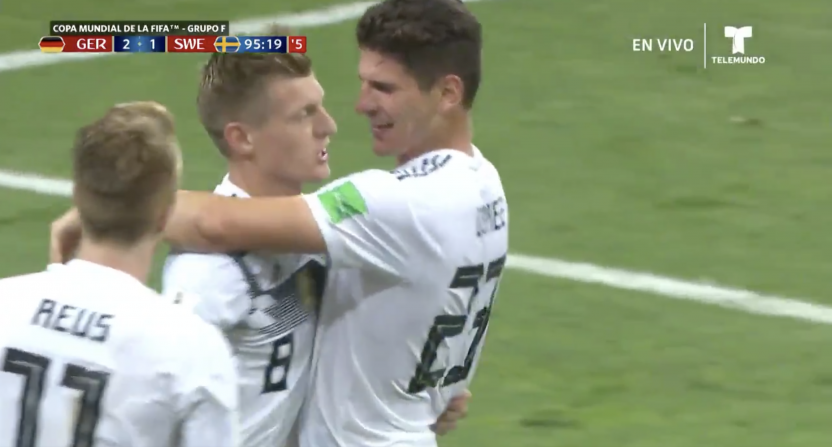 If you hate soccer, you must be looking rather foolish right now. In this World Cup, we have broken a record with 28 (and counting) consecutive games with a goal, we have seen incredible attacking and incredible finishes and each game has had at least something people could talk about afterward.

Germany and Sweden faced off and did they ever give us something to talk about. While it would be unthinkable, a Germany loss would have meant elimination in the group stage which hasn’t happened since 1938. And for a stretch of the game, despite dominating, Germany fell behind Sweden thanks to a great flick by Ola Toivonen.

Despite the equalizer, a draw only ensures Germany doesn’t get eliminated. A draw would’ve clinched a Round of 16 spot for Mexico while Sweden would only need a draw against a Mexico team who had already clinched. So the only way for Germany to control their own destiny would be to get the lead and the three points.

And despite a second yellow to Jerome Boateng, Germany got their go-ahead goal in the final seconds off of a stunning Toni Kroos curler on the indirect free kick.

That goal saved Germany in more ways than one. Not only did they get the win but they go into a tie with Sweden with Germany having the tiebreaker due to defeating Sweden. But that doesn’t mean Germany is safe. A win over South Korea would avoid elimination but if Germany win 1-0 and Sweden defeat Mexico 1-0, it’ll be a three-way tie with the same goals and goal differential. Talk about chaos!