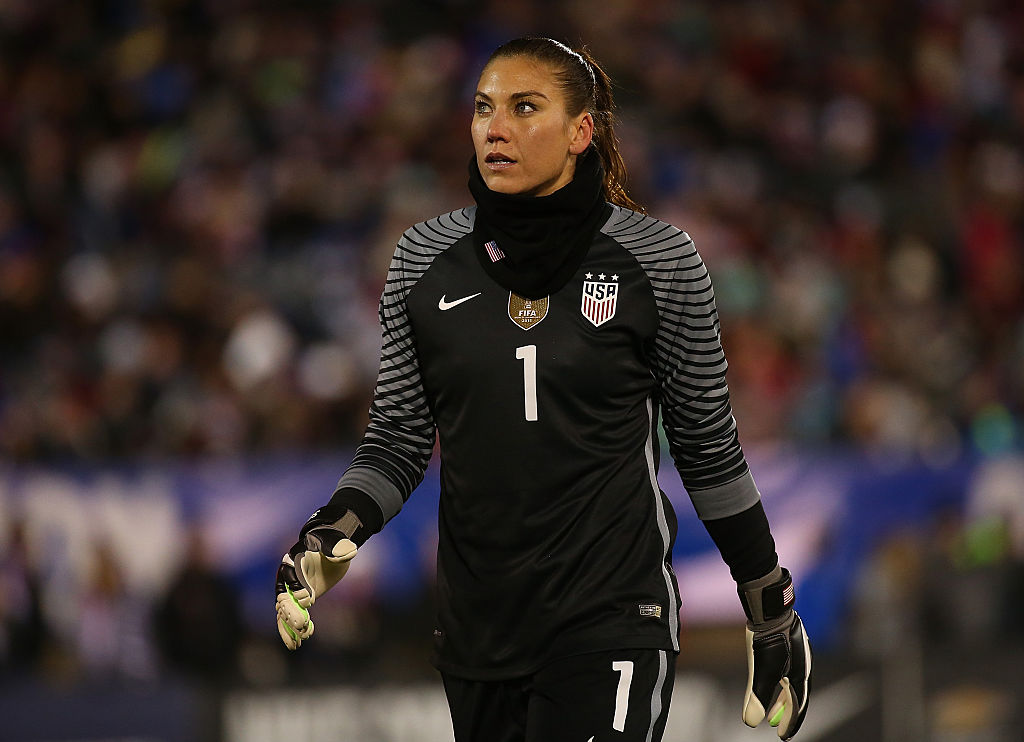 Hope Solo is one of the most recognizable and outspoken members of the United States Women’s National Team. She is also the starting goalkeeper for the Seattle Reign of the NWSL.

On Tuesday, Solo published a piece to her personal website decrying to conditions of everything in the league from game day playing surfaces, away training facilities and the pay structure of the league.

Not only did she decry these conditions and more, she also made it a call to action for real change. Her biggest priority? Just simply getting the women of the NWSL to be treated like the professional athletes they are supposed to be.

It’s far past time that the women in our league start being treated like professional athletes—otherwise, we might as well just admit that the NWSL is just a semi-pro league, and stop pretending like it’s the best women’s league in the world.

Conditions for Solo’s Seattle Reign vs. the Western New York Flash, where the field was just 56 yards wide and played that way because they didn’t want to spend the money to fill in the infield of a baseball diamond made headlines.

It even got the attention of the likes of Canadian national team member Christine Sinclair, who also plays in the NWSL for the Portland Thorns.

@NWSL How is this ok? Not good enough for professional soccer. 6v6 field? pic.twitter.com/QXEZ4A8PiZ

Those playing conditions, hardly safe for a full 11v11 soccer match of any kind, appears to be the tipping point to a mountain of issues players in the NWSL face on the regular.

She took to task the Western New York Flash organization for making the teams play on that kind of a pitch and its head coach for downplaying the conditions those teams faced and continue to face on a regular basis.

“Apologizing after the fact, as commissioner Jeff Plush did, is not enough. Neither is minimizing it, as Western New York coach Paul Riley did by saying his team would ‘play or practice on whatever field Seattle puts us on next week,’ and that ‘we should just get on with it.’

“The ‘we know things aren’t up to par, but we’re going ahead with them anyway’ attitude, quite honestly, is a fairly accurate reflection of how the NWSL has functioned during the four years of its existence.”

Solo went on to point out that a majority of players in the NWSL are earning between $6,000 and $14,000 to play the game for a season that lasts seven months. Also pointed out was the lengthening of the season this year with no increase in salaries or incentive pay for the players.

She also detailed a lack of FIFA standards for things like appeal of suspensions, or minimum field dimensions.

But, perhaps most disturbing was the conditions faced while training for away matches. Solo pointed out facts like having to practice on artificial turf pitches in scorching heat while the game next day would be played on real grass. 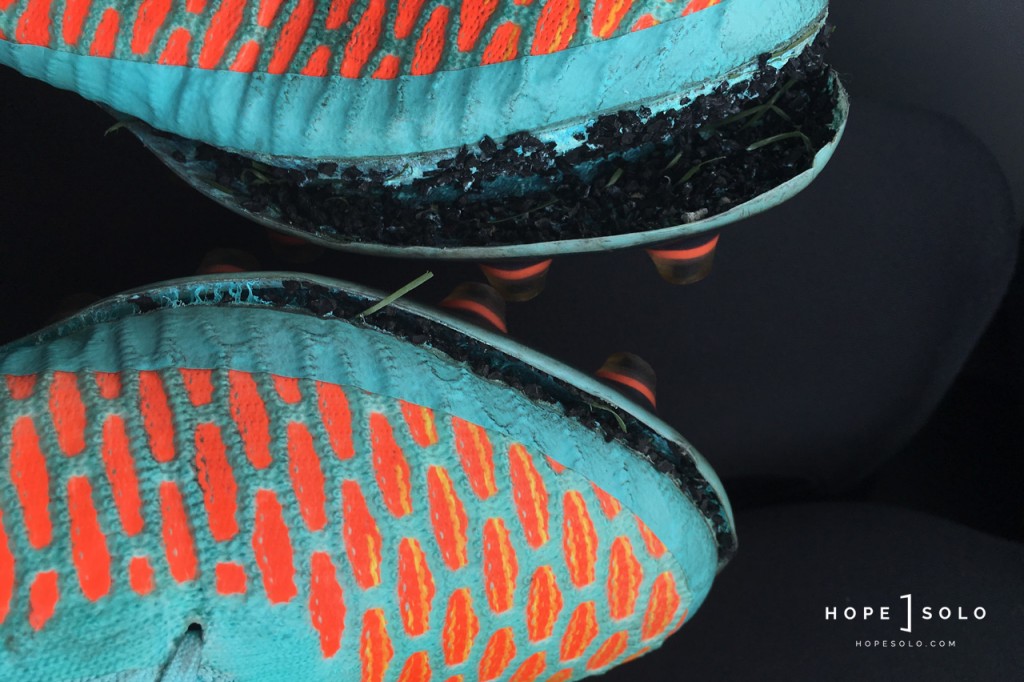 There was also an incident in D.C. where her team was not allowed in to shelter during a thunderstorm while training was happening. Her teammates eventually found a way to break in and shelter away from the storm while getting in a game of volleyball for training that day.

Solo also highlighted things like training pitches so uneven that the lines were not even straight, nets held together by zip-ties that caused players to cut themselves during training and a lack of proper medical equipment or access to trainers. 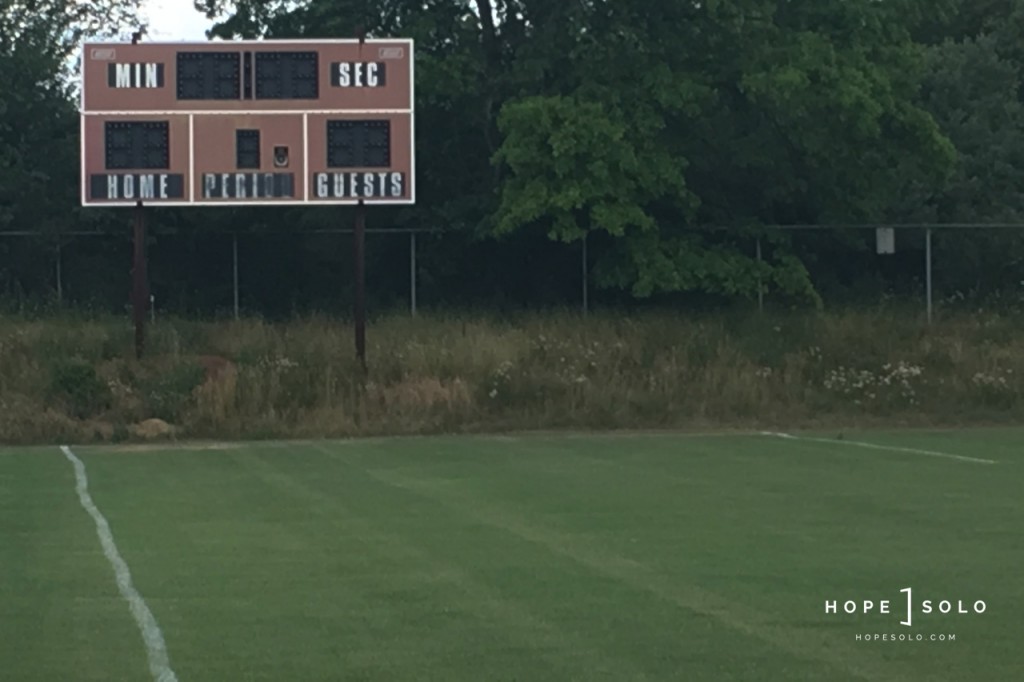 The list of grievances listed by Solo was long and very well documented, highlighting just how different the conditions are for players in the NWSL, not just from their male counterparts, but even from the conditions they see with the United States women’s national team.

Solo had a simple plea for the commissioner of the league as well:

Commissioner Plush, please: If you truly value the players in this league and want the NWSL to be a model for women’s professional leagues around the world, listen to what we’re saying. Go to some of these hotels, training facilities and games yourself. See the conditions of the league up close. And after you’ve taken it all in, be the leader we need you to be.

For their part, the players in the USWNT pool are doing their part, creating an “Equal Play Equal Pay” t-shirt. According to Solo’s post, 100 percent of the proceeds from the campaign are being directed to the NWSL Players Trust Fund.

While Solo and the USWNT players don’t see it as being enough to completely address the needs of their NWSL cohorts, it is a start and hopefully a start of a movement to up the standards with which women’s professional soccer is treated going forward.