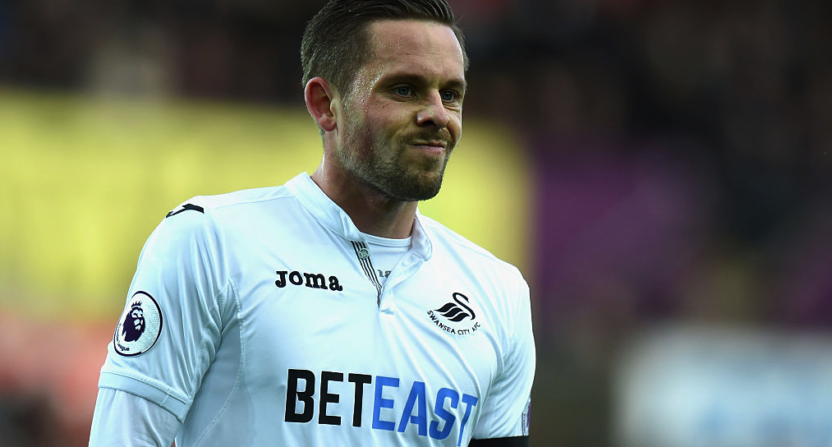 Every day in the summer transfer window, there seems to be another seemingly ridiculous story about a transfer that should be immediately discounted, but is in all likelihood, real.

Everton bidding £45 million for Gylfi Sigurdsson, for example, is a story that in all other years would be considered beyond the bounds of reality, but has become the new normal. The new normal is that £50 million transfer fees are somehow common place. From Manchester City spending almost £140 million on transfer fees just for fullbacks, and Chelsea able to drop up to £70 million for Real Madrid’s second-string striker like it’s nothing.

Based on this crazy spending, does it make sense for fans to almost ignore the transfer fees entirely?

According to transfermarkt.co.uk, Premier League clubs have spent £814 million on transfer fees already this summer on only 158 incoming transfers, and there’s still a month of this window left to go. Liverpool was rumored to submit a £70 million bid on RB Leipzig’s Naby Keita, and no one seemed to bat an eye, even though that transfer fee is eye-popping and honestly ridiculous, even for a player of Keita’s quality. Not only that, but Leipzig reportedly turned that offer down. In the world of the new normal, those types of transfer fees are going to be commonplace because the market is all out of whack.

In order to wrap your head around the transfer fees from English teams, and to a lesser extent some other clubs too, think of the investment that is coming into these European leagues from all sides. In England, the Premier League gets boosted by an absurd amount of TV money coming in every season, almost £8.5 billion for the three seasons starting from 2016-17 to 2018-19. Here is a great breakdown of this money and how each club, even the smaller teams, get paid.

Combine the TV money with outrageous sponsorship deals that big clubs can strike, such as £60 million per season from Nike for Chelsea’s kit deal as an example, and England’s biggest clubs have enormous spending power to make the transfer fees for Benjamin Mendy, Kyle Walker and Romelu Lukaku the new normal.

And it’s not just an English phenomenon. Milan, thanks to their new Chinese ownership, has spent £160 million on transfers this summer in a spending spree that would make even England’s big boys blush. While they’re not spending gigantic fees on one or two players like Chelsea, Manchester United and Manchester City have been, but spending what they did on Leonardo Bonucci out of nowhere is a sign of the times.

New money into the sport coming from China and the Middle East has transformed clubs just as much as TV money transformed the Premier League, and when the big clubs set the market at the top, transfers down the ladder will follow, hence Gylfi Sigurdsson somehow being worth almost seven times what Swansea paid for him three summers ago.

There is an absurd amount of money in soccer right now, and both players and clubs think they have the upper hand in transfer negotiations, meaning that fees can be driven up to insane levels on a regular basis. Clubs can dig in because they are sitting on piles of cash from sponsors, TV revenue and other player sales, whereas players can dig in because of the allure of a huge payday on the other end and a little push from agents who can garner big paydays themselves.

And because these transfer fees have inflated so rapidly, the scale that fans have to react to when they see Manchester City spend £52 million on another fullback goes from shock and awe to apathy just like that. And that’s the tip of the iceberg.

It’s hard to ignore transfer fees because of the importance they have been given for so many years. But when there is such a rapid inflation in the fees that system we are all accustomed to no longer exists, it might be time to lessen their value, or almost discard their importance. At the top end of the scale, transfer fees virtually seem like monopoly money that can be thrown around for what seems like fun because everyone is swimming in a Scrooge McDuck pool of gold. Soccer’s economy is its own animal, and is growing so rapidly with no end in sight.

So when Everton pays £45 million for Gylfi Sigurdsson, inevitably, there won’t be stories about how Sigurdsson is even close to being worth that.

For fans, the new normal of transfer fees are pretty much like the points in Whose Line is it Anyway? In the end, they pretty much don’t matter.

1 thought on “How much stock should soccer fans put in transfer fees?”