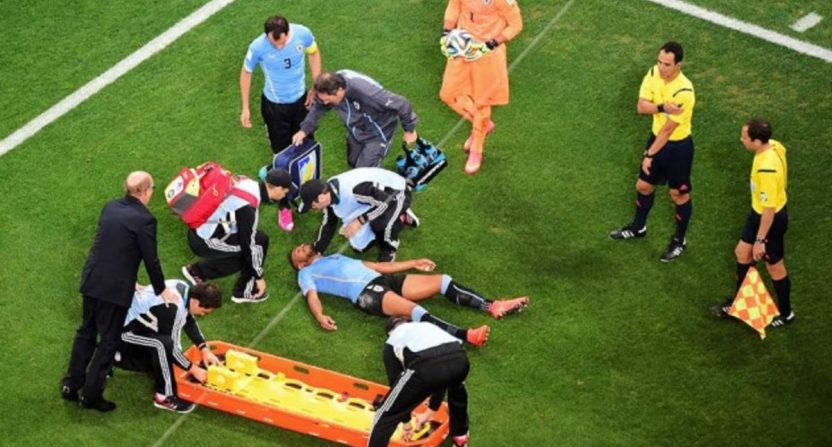 Assessing concussions in soccer is pretty terrible. That’s not to say it’s much better in other sports, but it’s especially bad in soccer. Most people agree that something needs to be done to make sure players are tested, but there aren’t as many ideas as to how to do that.

According to The Athletic, the IFAB (International Football Association Board) is set to meet in October and propose what might be the most sensible way to handle concussions in soccer. The IFAB will propose a mandatory 10-minute test for players who have a suspected head injury. And while that person is out being tested, a substitute could be put on the pitch and then subbed back out if the player passed their concussion test.

The idea behind this procedure is to give the player an adequate concussion test instead of the three-minute check that’s currently implemented. The team with the injured player also won’t be punished by being down to 10 men for a chunk of the game, eliminating the possibility of teams trying to get their players back on the pitch in order to mask potential head injuries.

Obviously, this potential rule brings upon their own issues. For instance, teams can abuse the system by having a player fake a head injury toward the end of a game so they can either get a fresh player or give the “injured” player a 10-minute break. In a situation where a team is out of subs, of course some team is going to attempt to fake an injury to get an advantage. It’s important to note that this rule is still a month away from being proposed, so there’s plenty of time to figure it out between now and if it ever comes to a point of ratification.

If a new system is implemented, there’s a good possibility that it won’t be perfect. Whatever happens, even if it’s in the best intentions, someone will look for the magical loophole to get an advantage. But until someone else comes up with a better idea in how to treat concussions in soccer, this idea is the current leader in the clubhouse.