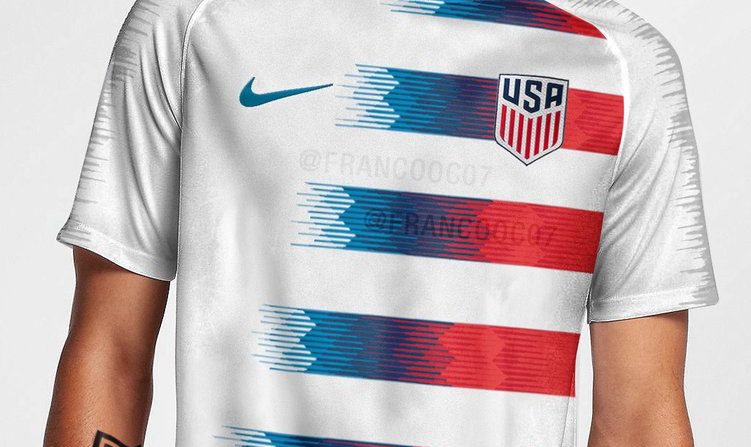 The United States Men’s National Team is still trying to claw its way into the 2018 World Cup, but if the leaked image of a possible World Cup kit surfacing online today is any indication, then it may be best to just sit this one out.

Franco Carabajal, a graphic designer, shared the image of the supposed kit design on Twitter among potential designs for a few nations, including Portugal.

Conrad Burry of Sports Logos revealed more information about the template for the kit that seemed to confirm the design below as being the real deal. So let’s take a look…

At first glance, this isn’t exactly a terrible design, but it continues to fall shy of what the ideal USA uniform should probably look like. This looks like a shirt you could probably pick up off the clearance rack at Kohl’s in the next few weeks. And for some reason, this just feels like something more suitable for a country like France. It’s OK to have a jersey on a white field, but those stripes are just… weird.

It feels like it should be so simple to put together a solid-looking kit for the United States men’s national team, but far more often than not, Nike fails us all in this department. You don’t have to be a soccer fan to feel the burn when it comes to the uniform designs we have seen over the years for various international tournaments and exhibitions. Honestly, given these uniforms are designed by Nike, I’m mildly surprised we haven’t see an all-grey alternate uniform just yet, although we have seen all-black for some reason.

Then again, it could always be worse… 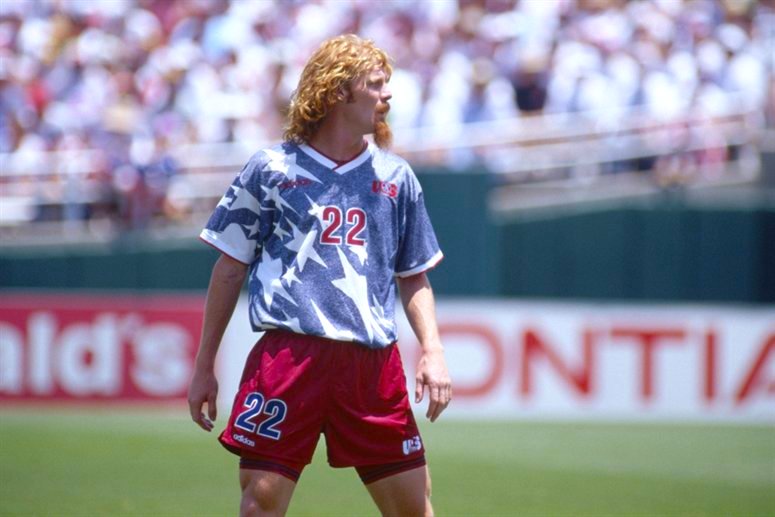 So the big question now is, whatever the uniform may or may not look like, will these uniforms ever actually see the light of day? The United States is in quite the uphill battle to qualify for the World Cup, so these designs may remain drafts at best. Maybe that will be for the best, as far as uniforms are concerned.