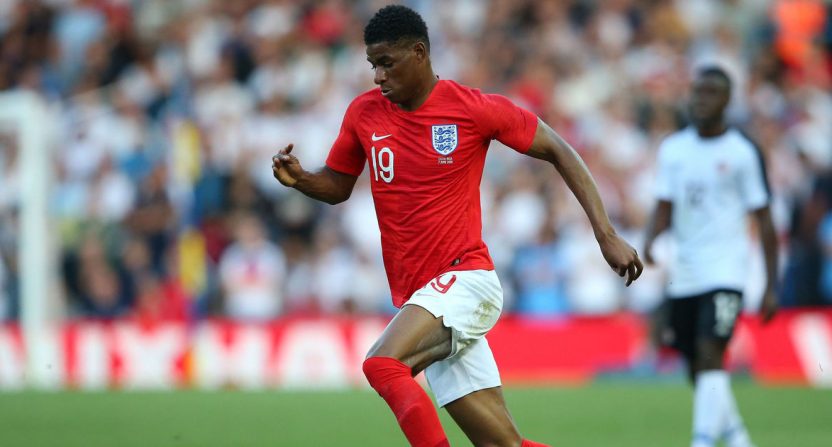 No team gets hyped up every four years quite like England does. Despite all the heartbreaks and embarrassing tournament exits it seems that every four years, the English press and fans forget all that and convince themselves that this is the year England will put it all together. (If you’re wondering if this is what being a New York Mets fan is like, it’s exactly that).

This is not going to be one of those ‘forget about the past because this England team is the real deal’ posts. In fact, this year even the English media has really scaled back on those types of posts prior to the 2018 FIFA World Cup in Russia.

The feeling in England around this team is that of a lot of skepticism. A decade ago, the Premier League was the best league in the world, and the England team was made up of the best players from the best teams. These days, the squad is made up of a bunch of untested kids. The final members of the old “Golden Generation” are gone thanks to captain Wayne Rooney “retiring” from international football right before he was likely going to be dropped.

And when it comes to the manager situation, that’s an even bigger mess. They had to fire Sam Allardyce after one game, and when they named Gareth Southgate as his full-time replacement that announcement generated almost no buzz or optimism among the English fans.

Due to all this, for the first time in a long time, expectations around England are not high. While I’m sure this will change once the tournament starts and England plays their first game, at the moment even the most die-hard England fans aren’t expecting much.

Like I said I’m not here to tell you this England team is going to win the whole thing, but I am here to tell you that they are good. They’re not just good, they’re better than you think, and there’s every reason to believe that when things come to an end in Russia. This summer, English fans will be proud of their team rather than embarrassed.

This England team is different. That’s the keyword. As mentioned above, the Golden Generation is gone. This is a completely new team, with a new style, and a new way of thinking.

When Gareth Southgate was announced as the full time manager, fans were upset because he’s wasn’t a big enough name and was unproven. Since Southgate has taken over, he’s beginning to show us exactly how that’s a major benefit for England.

International management is often seen as the final frontier for managers. Managers that have grown out of club football take an international job where they still get to manage a team but the commitment is significantly less so than the day-to-day grind of the club game.

No matter how successful those managers were at the club level there’s usually a major problem with them. They’re stubborn; and after 20+ years of managing club football, nearly all of them have developed their own style, which they don’t plan on changing what has always worked. Instead, they take that style and try to implement it with the national team.

That creates a whole bunch of difficulties since international managers can’t go out and sign players that fit their style, they have to pick from the existing pool of players. While the style might work for one or two players, often times it fails to get the best out of the team.

Gareth Southgate is so young that he doesn’t have a clear cut style yet. That has left him free to develop his own style; not just for himself, but for his team too.

Southgate is changing the way England play. He doesn’t want to play the “English way” – where long balls are played to the wings and crosses are boomed into the box – he wants to play with the ball at his feet, which is how most of his players are playing with their clubs.

Much has been made over Southgate’s squad selection, specifically the omissions of Joe Hart, Chris Smalling, and Jack Wilshere. England have long had a problem where the pressure is so much that the manager simply takes the 23 best players.

Southgate wasn’t looking for the best players, he was looking for the right ones. When England line up against Tunisia they’ll be playing with a back three, something that England never do. That doesn’t mean the players aren’t familiar with it though, in fact, Southgate has created a system with a back three that so closely mimics the roles his players play at their club teams (right down to Kyle Walker who plays as a RCB for Manchester City despite them playing a back-four) that there is almost no learning curve.

He’s also created an astonishing amount of depth. Players like Harry Kane, Raheem Sterling, John Stones, and Kyle Walker will likely command a place in every game, but the rest of the players are nearly interchangeable. In previous England teams, Jordan Henderson and Eric Dier would have started together in midfield. In Southgate’s team, they’ll be alternated, as will many other players, which will keep England fresh.

This England team is young, hungry, and exciting. They got a great draw that will see them open against Tunisia and Panama, two of the weakest teams in the tournament, giving them another two games to play into the system and build confidence before a huge showdown with Belgium.

The match against Belgium will be one of the highlights of the World Cup, as both teams are made up of some of the best players in the Premier League. It’s a very important game as the runner-up in the group will likely have to play Germany in the quarterfinals, but I wouldn’t count out England winning this game and getting a much different path.

The 2010 World Cup ended with England getting routed by Germany. The 2014 edition saw them fail to get out of their group. Two years ago they were lifeless against Iceland.

This time it’s going to be *different. This time, English fans will be proud.

*Unless they go to penalties – then it will end the same.