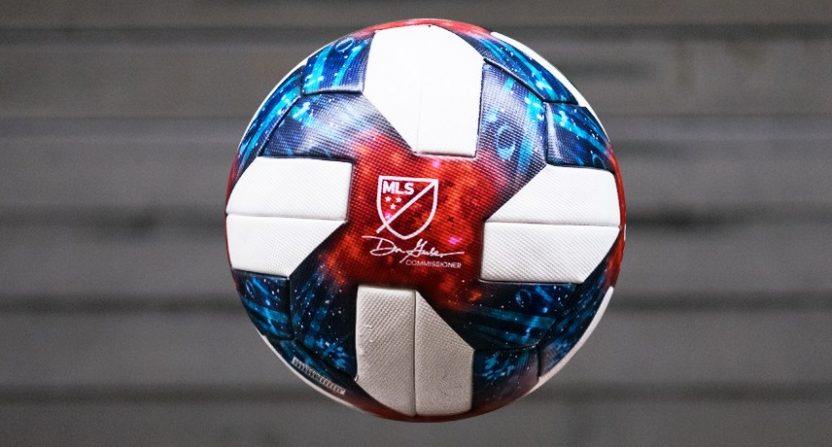 It’s no secret that when Major League Soccer launched in the mid 90s, the league wanted to “Americanize” the sport. Instead of the clock ticking up, it ticked down. There were no ties and penalty shootouts were breakaway style. And the league implemented a hockey-style scoring system where both a primary and secondary assist were given for goals.

Thankfully, over the years MLS has made a lot of changes to fall more in line with the rest of the world, but the secondary assist still remains. My editor at The Comeback, Phillip Bupp, tells me that this statistic is widely hated by many MLS fans, specifically because it is so American and none of the world does it.

Well guess what fans, not only is MLS right to track secondary assists but the rest of the world should be doing it too!

Change isn’t unprecedented. Opta didn’t formally recognize assists until 2010; when they gave a formal definition to the term and went back and retroactively counted all the assists in Premier League history. (Thierry Henry’s record 20 assist season in 2002/03 wasn’t even spoken about at the time).

When Opta started tracking MLS statistics in 2011, as an attempt to formalize the statistic they created a definition for secondary assists as “passes that are instrumental in creating a goal scoring opportunity.”

I’ll be the first to agree that this definition is a bit vague. What exactly is a “pass that is instrumental in creating a goal scoring opportunity?” It leaves a lot up for debate but it also does the good thing of establishing that not every goal requires an assist and certainly not every goal requires two assists (as opposed to hockey where the last two teammates to merely touch the puck get assists, no questions asked).

Now, why is any of this important? Great question.

In the last 10 years, the intricacies of the game have evolved far more than the average fan’s understanding have. As the game grows, it’s important to make sure the fans’ understanding of it does too. After-all, if new fans don’t understand the game, they won’t be fans for long.

These days, player roles have gotten more specific than ever, especially in the midfield. Premier League teams no longer play 4-4-2 with two rugged central midfielders who get up and down the field and can be judged the same way as everyone else. Instead we now have holding midfielders, “free eights,” deep lying playmakers, attacking mids, creative players, and so much more. Many of these players have massive impacts on a game but don’t end up on the scoresheet, and when they don’t end up on the scoresheet, the average fan may not fully understand their impact.

When we just track goals and assists, it’s only the player who plays the final pass and the goalscorer who gets the credit.

If Dele Alli plays a through ball to Hueng-Min Son, getting him behind the defense, and Son then simply squares the ball for Kane to finish, Son will get the assist, but the play was really created by Dele. How do we credit the player who played the ball that led to the final ball?

The advanced stat community has sought out to rectify this, creating xG chain, and xG buildup but neither are perfect. I’ll try to provide a brief explanation. Every time a player takes a shot it gets an expected goals value, which is based on years of data of similar shots taken, how many times out of 100 can we expect that shot to result in a goal?

It’s a good stat but it’s flawed. If Manchester United were playing out from the back and Phil Jones played a short pass to Nemanja Matic, who played it square to Antonio Valencia, who gives it back to Matic, who sends it to Paul Pogba, who carries it up, plays a through ball to Jesse Lingard, who then squares it to Anthony Martial for the finish, that would mean that all of Jones, Matic, and Valencia would get the same xG chain and xG buildup credit as Pogba. In reality, all those players did was maintain possession until Pogba started a play to create a goal.

To really understand the need for secondary assists, look no further than Liverpool’s goal in last week’s Manchester City vs Liverpool match.

Trent Alexander-Arnold plays a brilliant cross to the back post where left back Andy Robertson volleys it into the middle to a wide open Roberto Firmino. Alexander-Arnold creates the goal with his vision. He can’t play a cross into the middle of the box because all three Liverpool players are marked. He spots the run of Robertson, and by playing the ball to the back post it forces to the City defenders to react and move, freeing up Firmino.

Earlier this season, former Manchester United manager Jose Mourinho was on a crusade to convince the world that Paul Pogba was not only not good, but a virus in the Manchester United dressing room. He succeeded in dividing the fanbase because on the surface, his five goals (two penalties) and three assists were very underwhelming.

In reality, Pogba was playing a very deep role and was specializing in making the pass that led to the final pass, a role very similar to the one that Dele Alli has been playing this year to great acclaim.

We all know what’s happened since Ole Gunnar Solskjaer has taken over. Pogba has four goals and three assists in four games, and yet, he’s been even better than that. Look no further than Anthony Martial’s brilliant goal against Cardiff.

Pogba is so important to United that advanced stats back it up. At a club like Manchester City, where everyone touches the ball, nearly every players’ xG chain and xG buildup are similar.

For United, Pogba has a total xG chain of 13.16, 4.08 more than next best Marcus Rashford. When Mourinho was sacked, Pogba has a team high xG chain per 90 minutes of 0.54 on the season. After four games of Ole Solskjaer, his season xG chain per 90 is now 0.79, which not only goes to show how much more attacking United have been under the new manager but how influential Pogba has been.

But most people don’t pay attention to advanced stats. Either they don’t like them or they don’t understand them. That’s why we need secondary assists as a bridge between quantifying how good and important certain players are, while still keeping very simple statistics.

MLS may have started counting secondary assists for the wrong, Americanized reasons but they were right to count them. It’s time for the rest of the world to follow suit.