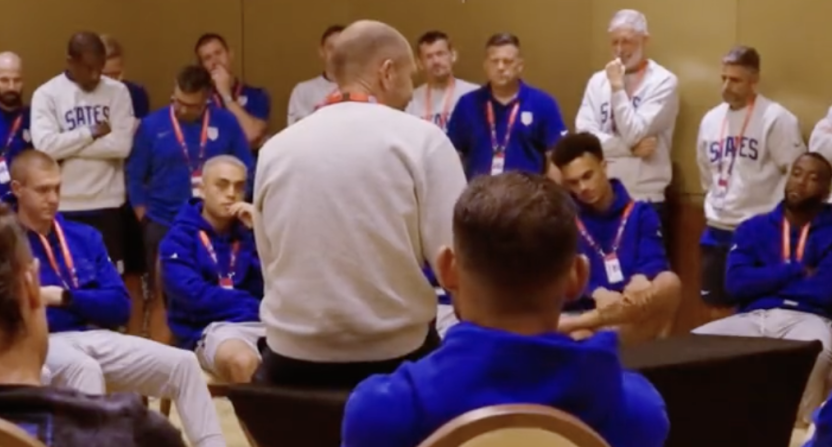 President Joe Biden borrowed a line from John Fogerty in his address to the U.S. men’s national team ahead of their first World Cup match since 2014. That  match will take place on Monday against Wales.

Biden called coach Gregg Berhalter and the entire USMNT and staff to wish them good luck at the 2022 World Cup in Qatar.

“Coach, put me in, I’m ready to play,” Biden said. “I know you’re the underdogs, but I’ll tell you what, man. You got some of the best players in the world on your team and you’re representing this country and I know you’re going to play your hearts out.

“So let’s go shock ’em all. … The whole country is rooting for you.”

Please hold, the President is on the line… 📞 pic.twitter.com/N6CxwOhqgN

Notably, Biden said he would not be in Qatar. Pending a long run by the USMNT, it’s possible that could change. The U.S. had a diplomatic boycott of the 2022 Winter Olympics in China for its human rights record.

As Vice President, Biden was at the White House when he, President Barack Obama and former President Bill Clinton did a send-off event for the USMNT before the 2010 World Cup.

The USMNT plays Monday against Wales, then Friday against England, and Tuesday, Nov. 29, against Iran.