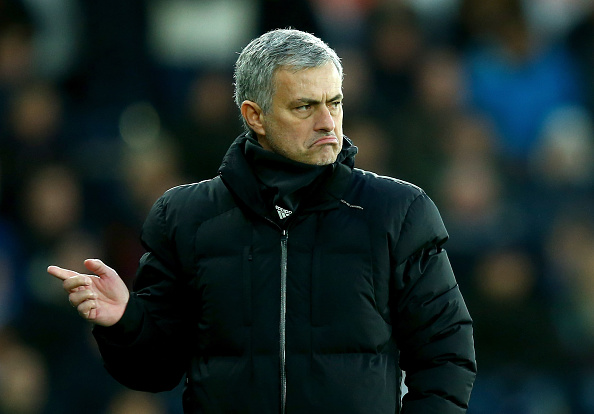 There is nothing special about this one. The 2015-16 Chelsea season in the Barclays Premier League has been an abject disaster, and the latest loss—a 2-1 defeat to EPL darlings Leicester City on Monday—has Jose Mourinho’s squad hovering just above the relegation zone in 16th, one point clear of Swansea and Norwich who are fighting to avoid the drop as the calendar nears 2016. Mourinho is ashamed.

“I think for us, clearly, we have no chance to go to top four. I think top six, with people losing so many points as every team is doing, top six is still possible, but I think at this moment we are in such a bad position that our urgency to win points, to get out of this zone—where we are not afraid to be—but I feel really ashamed to be at.”

Mourinho should feel ashamed. Chelsea, the current EPL holders, have one of the most talented sides in the world, yet have just four points from the last six matches in England’s top flight. Moreover, Chelsea are 3-3 in the last six matches at Stamford Bridge. Last season, Chelsea lost just three matches all campaign, all on the road, and finished 15-0-4 at home en route to the title. This season, Chelsea are 3-4-1 at home, with losses to Liverpool, Southampton, Crystal Palace and Bournemouth.

In his post game comments, Mourinho did bring up a valid point that one bad season does not sink a club, mentioning that Liverpool and Manchester United have missed out on the top four in recent years and are still fighting for a title year in and year out. That said (because Mourinho said it) the players need to feel the same sense of shame he does in this season’s disastrous domestic campaign.

“I need pride from the players. I need pride—I need that feeling that I feel, to feel ashamed with such a bad season we are doing in the Premier League. But to use this feeling to motivate you not to make you afraid to face opponents in matches.”

As Mourinho goes on in the lengthy post-match interview, more and more players get thrown under his notoriously-parked bus. While he didn’t name names, it’s clear The Special One doesn’t feel so special about some of his top stars underperforming this season.

“This is something that is difficult for me to accept, and I feel sorry that I’m not a player, because I promise you if I was a player, I would face matches in a different way than some of them are doing.”

And lastly, the transfer window is opening soon, and Mourinho sent a clear message to those unhappy and underperforming players (Diego Costa, we stare in your general direction) when he warned that someone is going to be gone, and soon.

React differently, or be gone. Even with a berth in the final 16 of the Champions League, 15 points in 16 EPL matches is embarrassing. It’s been that kind of season at Chelsea. Now Mourinho needs to figure out how to fix it in 2016.