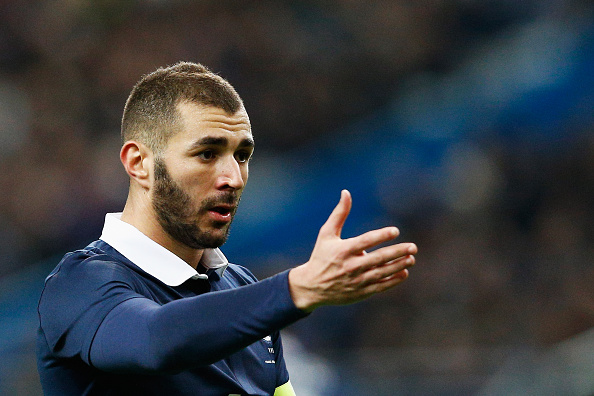 Karim Benzema is one of the best strikers in France, but the Real Madrid star won’t be suiting up for Les Bleus anytime soon. Benzema is facing criminal charges stemming from an alleged plot to extort French teammate Mathieu Valbuena over a sex tape. With that, French football president Noël Le Graët has decided to suspend Benzema until the case is resolved. From The Guardian:

“I have decided, it is a decision from the president of the French federation and not from the executive committee or the ethics committee,” Le Graët told a press conference. “As long as the judicial system has not decided that everything that has been published is excessive, the federation will not change its mind.”

By the sound of that, Benzema will be out of the French side until the case is resolved and he is cleared, or until he is found guilty, whereby at that time it’s hard to believe he will ever play for the team again.

This decision is on the heels of French Prime Minister Manuel Valls calling for Benzema to be barred from playing for the national side. In early December, Valls had strong words against the French striker, via the BBC:

“A great athlete should be exemplary. If he is not, he has no place in the France team. There are so many kids, so many youngsters in our suburbs that relate to great athletes. They wear the blue jersey, the colours of France, which are so important in these moments.”

For what it’s worth, Benzema has already admitted to being a part of the extortion plot, saying he approached Valbuena on behalf of a “childhood friend,” suggesting he was merely the messenger, not the extorter. If there’s a lesson here, it’s don’t help your friends who are trying to extort you teammates. They are probably horrible friends, and you may end up banned from representing your country for life, if not worse.