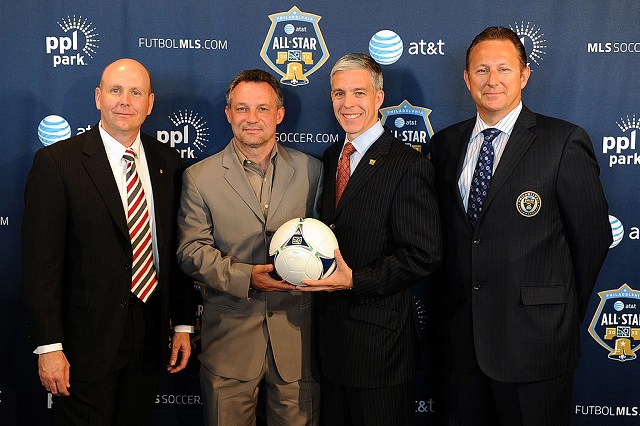 In today’s sports world, we are as knowledgeable, if not aware, of the importance of concussions and the long-term harm suffered by athletes than ever before. Most of the concussion talk tends to stick to the gridiron of the football world, but concussions are a problem in other sports as well — including soccer.

It would seem one former manager of Major League Soccer’s Philadelphia Union, Peter Nowak, chose to look the other way on the topic of concussions, and that is one of many reasons he was let go by the Union in 2012.

Nowak, a former manager of D.C. United and the United States U-23 team was hired as the first manager in Philadelphia club history in 2009. (The club started playing soccer the following year.) He was fired on June 13, 2012 with the Union stating Nowak failed to make moves that benefitted the club’s growth and the team was underperforming under him as manager. That is all fairly standard logic no matter the sport, but Nowak later filed a lawsuit to claim he was the victim of a wrongful termination. During the ongoing legal dispute, many documents were kept out of the public eye, until this week.

As reported by Jonathan Tannenwald from Philly.com, more than 700 pages of documents were released to the public. Among those documents was a brief written by attorneys for the Union detailing the arbitration process, in which the Union accused Nowak of being an embarrassment to the team, putting the overall health of the players at risk, complaints about how he treated his players, downplaying concussions, seeking other job opportunities while employed by the Union and violating the MLS collective bargaining agreement. Nowak was investigated by MLS and the players union as a result of those charges, which led to the threat of a players strike.

That’s the cohesive story, not just a bunch of tweets. It includes all the key excerpts from the filings in text form, not as images.

Per the now-public documents, Nowak was accused of forcing his players to run 10-12 miles on hard pavement while denying them water. Look, I can run that distance on a hard pavement, but I tend to have multiple opportunities for water during that run. Not having water for a 10 to 12-mile run is cruel. Nowak being accused of simply downplaying the significance of concussions to players showing signs of head trauma is appalling, especially as the sports world continues to raise awareness of the impact concussions have. What would Danny Kanell have to say about that, though?

“It is simply unacceptable, given the common knowledge of the dangers of concussions, for a head coach to vilify those who suffered from symptoms, by calling players ‘pussies’ or ‘weak.’ Mr. Nowak’s testimony that he attempted to resolve this issue by ordering helmets for players is an ineffective band-aid,” an arbitrator concluded regarding Nowak’s response to concussions.

In a world where coaches can easily be on the wrong end of any dispute when it comes to players, that Nowak showed this kind of attitude toward his players’ health is shocking. And it gets even worse. Nowak was accused of hazing his rookie players by spanking them after training camps. What are they, five-year-olds that spit in their sister’s hair? Why couldn’t the rookies just dress up in costume for a team trip or something?

“[The] hazing of rookies, by spanking them, sometimes with a sandal, was completely unacceptable,” a statement from an arbitrator concluded. “Mr. Nowak brought this practice to the Philadelphia Union. His description of what he did was quite unnerving, especially when he described how he put his hand in a bucket of ice water to ease his pain, obviously because he was hitting the young people so hard.”

Given all of the information provided in the legal documents (and they go on in greater detail on a number of issues), it is easy to see the Union fired Nowak not just for making some bad trades and underperformance on the field, but for being a complete idiot.