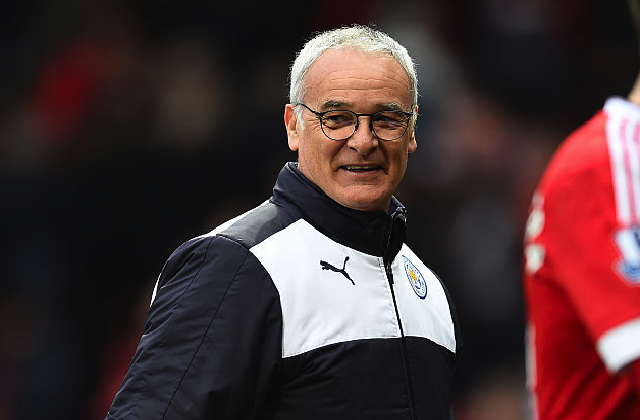 If Leicester City’s Premier League title was improbable, the appointment of its manager and champions-maker Claudio Ranieri was just as unlikely.

Nigel Pearson, after all, had managed to win seven of Leicester’s last nine league games to finish out the 2014-15 season, lifting the Foxes from dead last in mid-April to 14th in their first season back up in the Premier League. He’d saved them, against staggering odds.

But then he was ensnared in a scandal when a sex tape was published of his son and other players racially abusing prostitutes on a post-season tour in Thailand. Naturally, this didn’t sit well with the club’s Thai ownership, especially since the trip was supposed to help build the club’s brand, spread goodwill and coalesce with its partnership with the Tourism Authority of Thailand. Pearson was fired.

Ranieri wasn’t a natural candidate. The 15th job over his 30-year career had ended in humiliation after just four months, when the Greek national team lost to the puny Faroe Islands and he was sacked. Certainly, he was a big name, but in spite of managing reams of big clubs – Napoli, Fiorentina, Valencia, Atletico Madrid, Chelsea, Parma, Inter Milan, Roma, Juventus, Monaco – the Italian had never won anything more significant than Italy’s Serie B and C, France’s Ligue 2 and the Italian and Spanish domestic cups. Ranieri had finished second a lot, though – with Chelsea, Juve, Roma and Monaco.

He was 63 and hadn’t worked in eight months. He’d had quite the run, but after the Greek debacle, Ranieri’s days in management seemed numbered. He’d been known as the “Tinkerman” and that wasn’t a compliment, exactly.

Several clubs down in the Championship, England’s second tier, passed on him. But Ranieri’s agent kept badgering Leicester’s executives to at least give him a chance, to meet with him. At length, they did. And then they did again, with the club’s owner also in the room. They were charmed, of course, as most people to meet him are. But they particularly liked that Ranieri intended to build on Pearson’s work. The Tinkerman, he promised, wouldn’t be tinkering.

He was hired. Because of a scandal. And because of his agent’s persistence.

The Premier League world was shocked. Former Leicester star Gary Lineker, now a television presenter and one of the most famous men in England, openly questioned the appointment on Twitter. So did plenty of others. Ranieri, of course, was unperturbed.

The best of Claudio Ranieri…#LCFChttps://t.co/ZkatekGdw0

Taking such an anti-reformist tract, as he said he would, was a mature approach to take. And one that probably wouldn’t have occurred to younger managers, who assume they’ve been installed to change everything and implement a fresh vision.

Ranieri kept his word. He kept on Pearson’s staff and added just a few of his own coaches. He switched the back-three of Pearson’s formation to a more practical back-four but other than that, didn’t tweak much of anything. For once, he kept it simple. He left almost everything Pearson had built in place. He even favored his players, playing midfielder Danny Drinkwater, who was actually relegated to a reserve job late in Pearson’s tenure, over his big signing Gokhan Inler, whose acquisition from Napoli was considered a coup.

Instead of forever analyzing and changing up his team, Ranieri relied on the club’s state-of-the-art regeneration facilities to keep his team fit and kept them loose as they surged to the top of the league and, somehow, stayed there. He managed the media and its prodding questions about expectations expertly. Surely, he was now demanding more of his team than mere survival, they pressed him all season long. He never did budge.

Claudio Ranieri sums up his season in three words…

His team, counting desperately few players who had any experience in a big-time title race, kept it together. Their manager kept the pressure at bay and threw them pizza parties. He was often seen around town, hanging out with fans, and once give his side the week off in the middle of the season – an unheard of thing to do.

It was man-management. All of that experience at all of those clubs, from Italy’s amateur division all the way up to Juventus, culminating into one final, masterful management performance. Ranieri didn’t bamboozle opponents with tactical trickery. He didn’t imbue his team with that uber-evolved brand of Italian defending, elevated to an art form there. He just kept them happy and healthy, those basic staples of management that sometimes get lost in the game’s insatiable yearning for progress.

In all those decades, starting with Lametini and Puteolana, Ranieri had learned one important thing: when to stop tinkering.