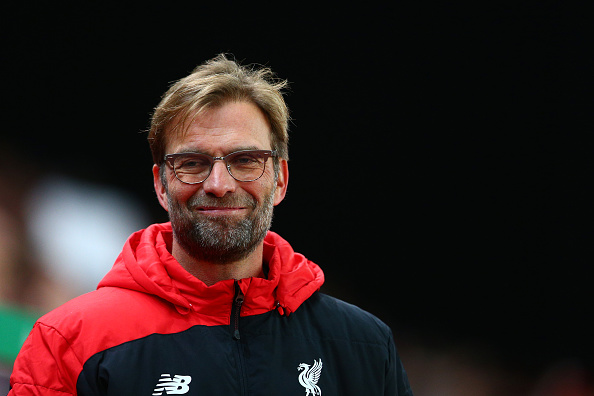 Liverpool are about to have a historic season for the wrong reasons. They will likely eclipse Chelsea’s old record of 95 points and come away with zero trophies. That’s the reality you face when you’re competing against Pep Guardiola’s Manchester City.

Liverpool started the season as the consensus second favorite to win the title, but a distant second. Everyone agreed Liverpool would be better than last year, but after finishing 25 points behind City, their title hopes required a regression from the Sky Blues.

City’s regression did come; technically. They’re on pace to finish with two fewer points than last year, and yet we somehow have a title race that’s going to go down to the final day of the season. That’s because Liverpool are on pace to finish 22 points better than last season’s 75 point total. A historic climb in it’s own right.

How does that happen?

They did it by completely changing the way they play.

When Jurgen Klopp arrived at Anfield, he was famous for his gegenpressing. A style of play where a team relentlessly tries to win the ball back immediately after losing it. It’s a highly effective but highly difficult tactic. It requires a lot of running, every player needs to have exceptional fitness levels, and requires every piece of the team to move as a unit.

There’s also a drawback that you can’t press teams that don’t want the ball.

The 25 point gap between City and Liverpool last season wasn’t created by Liverpool losing to good teams. It was created by Liverpool dropping too many points to teams like Burnley, Newcastle, Leicester, Everton, Swansea, Stoke, and West Brom (notice how all three relegated sides took points off the Reds last year).

Klopp has been evolving Liverpool ever since he arrived on Merseyside. He ditched the 4-2-3-1 he used at Borussia Dortmund in favor of a 4-3-3 to give more freedom to Coutinho, and more space to the pacy Sadio Mane. Last year he replaced Coutinho with Mohammad Salah, giving Liverpool dynamic pace on both sides of their attack.

This year it was time to change again. Liverpool needed a system that wasn’t over-reliant on pressing, both because it doesn’t work every game in England and because there were reports that the team simply ran out of gas at the end of last season.

This season Klopp has scaled back the pressing. This was evident as far back as October. They still press as a means of creating offense, but the system is far less predicated on it.

Last season, Liverpool’s attack was their front three. Mane, Firmino, and Salah, were tasked with both creating chances and finishing them. They combined for 55 Premier League goals and 24 assists. The only players to come close to them in assists were Alex Oxlade-Chamberlain (7) and Coutinho (6). Both played in that front three and neither were available for the Reds this season.

Klopp changed Liverpool’s formation from a 4-3-3 to a 4-2-3-1 at the start of the season with Salah up top and Firmino playing as more of number 10. Recently the shape has looked more like a 4-4-2, Salah and Mane up top with Naby Keita stepping into a narrow midfield diamond.

Mane used to be an out and out winger. A player who stayed wide, could beat you for pace, popped in a few goals, and set up his teammates. This season he’s been moved inside where he’s become a cold hard finisher. Mane has 20 goals this year, by far his career best, and only two assists, his lowest Premier League return.

With Liverpool’s forwards playing far more narrow, the onus of creativity and width comes from their fullbacks. Trent Alexander-Arnold and Andy Robertson and practically re-defining the fullback position. They’re no longer accessories to the attack, they’re the focal points of it.

Robertson and Alexander-Arnold have combined for 20 assists this year, by far the highest combination from fullbacks in the league.

With Mane and Salah essentially playing as strikers, Firmino’s role has changed, a lot. On the attack he plays as the third man in. His touches-in-the-box per 90 is down from 6.33 last year to 5.61. Being in the box less means he’s getting less shots, but his expected goals has jumped by nearly three goals (10.00 to 12.98). This all suggests that Firmino is spending less time in the box, but is getting much higher quality chances.

However, Firmino’s biggest contribution doesn’t lie in the numbers but what he’s doing without the ball. Or rather, the space that he’s taking up.

Liverpool’s new system literally doesn’t work without him. Firmino draws defenders to him, creating space for Mane and Salah. His deep positioning allow the midfielders to get into dangerous positions. Most importantly, his positioning provides cover to the advancing fullbacks.

With Alexander-Arnold and Robertson being tasked with getting all the way up the field and creating offense, Liverpool should be susceptible to counterattacks, yet the Reds have yet to concede a goal on the counter this season.

That comes from Firmino being, well, there. Defense isn’t always about making a tackle or an interception. Often times simply being in a passing lane, forcing your opponent to not make their preferred pass, or being there and forcing your opponent to give up the ball is more valuable. Firmino’s mere presence is instrumental in allowing Liverpool’s other players to win the ball back. That’s a skill that the Red’s are finding hard to replicate when Firmino is injured.

It would have been easy to assume that Liverpool’s success this season came from their front three continuing to do their thing, while the team’s leaky defense has finally been patched. But if you think that you’ve missed what’s actually happened this year. Jurgen Klopp has evolved this team once again.