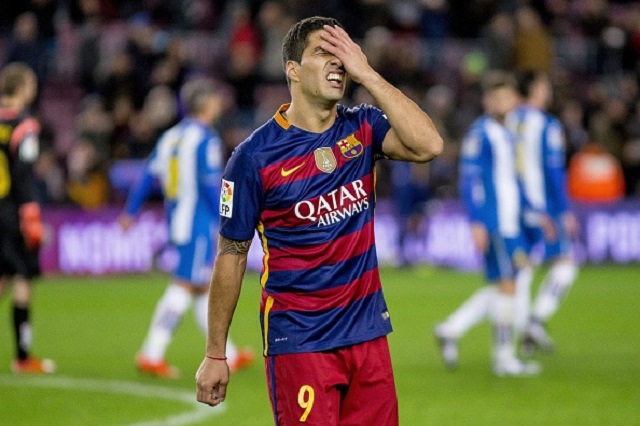 Tuesday started out sunshine and rainbows for Barcelona in the UEFA Champions League semifinal. Coming into the second leg, with a 3-0 victory over Liverpool in the first go under their belt, Barca was stunned in a 4-0 loss that included a decisive fourth goal aided by a bit of confusion from their defenders. Because of the sneaky corner, Liverpool advances to the finals and Barca is heading home.

Even pep wud not master the art of the corner 😂#LIVFCB pic.twitter.com/A0FubdvuxW

A cocky tweet beforehand certainly looked extra bad following the loss, but there were plenty more sour grapes to come.

“I think we have to do a lot of self-criticism, we are adults, we have many years in this category,” Barcelona’s Luis Suarez said following the match. However, he also made sure to save plenty of criticism for the team that had just defeated him.

“I do not know if it’s a matter of attitude, but we’re in Barcelona, ​​we can not get two goals in a row.

“The fourth is a goal by kids.”

Womp, womp. Suarez certainly has a penchant for the dramatic, but he’s hardly the first pro athlete to complain about the team that just pulled off an amazing victory over their own.

We’re only a few weeks removed from Paul George’s “that’s a bad shot” comment about Damian Lillard’s epic buzzer-beater to push the Blazers past the Thunder. Maybe, but it sure went in.

It also harkens back to Hope Solo in 2016 following the U.S. team’s Olympic elimination loss to Sweden on penalty kicks, in which she did not mince words.

“We played a creative game. We had many opportunities on goal. We showed a lot of heart. We came back from a goal down. I’m very proud of this team.”

“We played a bunch of cowards. The best team did not win today. I strongly, firmly believe that.”

Those “cowards” enjoyed their silver medal all the same while the U.S. team was already on their flight home.

Pro sports are certainly littered with sore losers with salty comments following their sore losses. Unfortunately for them, it’s never resulted in getting the win back, and it certainly won’t help Suarez out as he watches Liverpool advance.