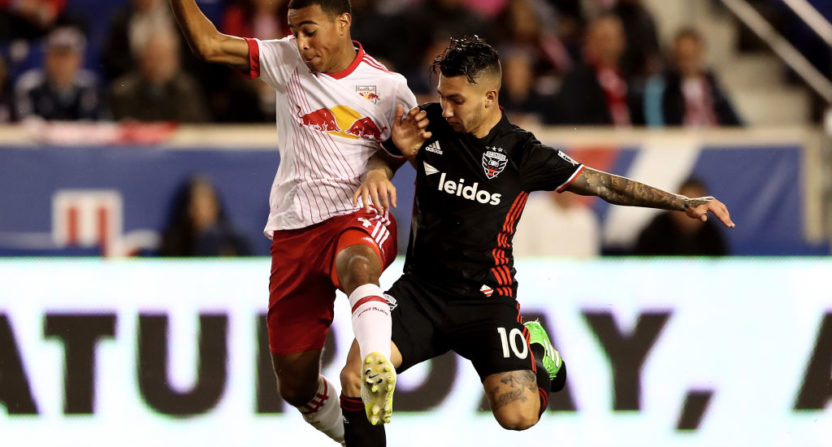 It was not a decision Adams took lightly.

“Having the opportunity to walk across that stage with all the friends that I started elementary school with, to miss something like that is tough,” Adams said in a story from NJ.com. “But I know that I have a path that I want to cement for myself, and that’s going to be coming from one of these games like this.”

Adams’ family will attend the high school graduation because his stepbrother will also be graduating. But after the pomp and circumstance of graduation is over, the family will make its way to a sports bar to catch the match on TV.

“None of us want to miss the game either,” Adams’ mother, Melissa Russo, said.

Unfortunately for Adams, pulling off both events on the same day would be difficult due to the timing, distance and time involved with getting to the soccer match, not counting the time needed to prepare for the match itself. So we won’t get a Vince Carter situation on our hands this time.

In 2001, Carter attended his UNC graduation ceremony in Chapel Hill, North Carolina and flew up to Philadelphia to play in Game 7 of the Eastern Conference Semifinals. It all came down to a Carter shot with two seconds to play…

Carter’s decision to attend his college graduation was lauded and criticized by many at the time, and the fact Carter missed the game and series-winning shot provided some fuel for the detractors of Carter’s decision.

So, I guess Adams will have no such excuse, right?