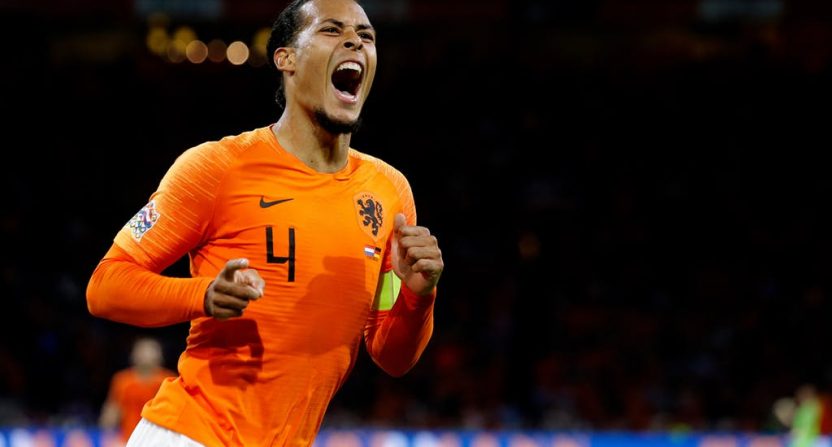 Euro 2020 is a year away. A year is basically an eternity in international football. So much can change, so many new players can and will emerge. Sitting down in June 2019 and trying to pick a favorite for a tournament a year away is a fools errand.

In case you haven’t figured it out by now, I am that fool.

There’s nothing better than being way out in front of an emerging powerhouse in international football. You notice a struggling team is heading in the right direction and when they win, you get to let everyone know you saw it coming.

That makes now the best time to start looking ahead to Euro 2020 next summer. The field is filled with the usual contenders but also a lot of question marks.

The obvious favorite is France. They just won the World Cup with a young team and Kylian Mbappe is only getting better. Still, winning the Euros right after the World Cup isn’t easy. If it was, more teams would’ve done it.

Bookies currently have England as the second favorites. Considering they were World Cup semifinalists with a young team, that’s not a surprise. They also benefitted from a very easy schedule and were heavily reliant on set pieces in that tournament. It’s fair to ask if they can take the next step or if they have already peaked.

Below them are the usual characters of Spain, Belgium, and Germany. Each has their own questions. Belgium and Spain are getting old. Germany is still re-tooling after finishing last in their group at the World Cup.

With all that in mind, I’m ready to make my pick 365 days in advance. The Netherlands will win Euro 2020.

You might think that’s a strong statement considering the Netherlands didn’t qualify for either Euro 2016 or the 2018 World Cup but I’m telling you they’ll be back with a vengeance next year.

The Oranje don’t have the flashy names they once did. There’s no more Arjen Robben, Robin van Persie, or Wesley Sneijder. Up front, they’re led by Memphis Depay and Ryan Babel, two players best known for flaming out at Manchester United and Liverpool.

It’s hardly an attacking group that strikes fear into you, especially when you look at what the other European giants are working with.

Last January, Liverpool spent a whopping £75 million to sign Van Dijk, a record for a defender. Over the past 18 months, Van Dijk has done nothing but prove he’s worth every single penny that Liverpool spent.

Van Dijk’s arrival on Merseyside immediately shored up a very leaky defense. He led Liverpool to an unexpected run to the Champions League final. This year, he was the backbone of the best defense in the Premier League, helping Liverpool win 97 points. This time, they won the Champions League and he still hasn’t been dribbled past this season. All that improvement from signing one defender.

The PFA Player of the Year has firmly established himself as the current best defender in the world. He nullifies the oppositions best striker. He bails out teammates who get beat. If you put a cross into the box, odds are Van Dijk is going to win it.

Then there’s Matthijs de Ligt, the man next to Van Dijk. De Ligt was influential in Ajax’s surprising run to the Champions League semifinal. At 19, he’s the hottest defensive prospect in Europe.

With De Ligt and Van Dijk at the back, the Dutch will have the best defense in the tournament. The midfield and attack rounded out by a bunch of solid but unspectacular players, which is totally OK! They don’t have any particular goalscoring threats (though they have a year to develop one) but they don’t have any weak spots either.

We saw three years ago how Portugal played some of the ugliest football en route to lifting the trophy. As fans, we don’t want to see that again but if you’re the Netherlands and that’s how you can become European Champions. So why not the Netherlands?

If the Netherlands are going to win, it’s not going to be pretty. The good news is it won’t be as ugly as Portugal either.

Portugal had Cristiano Ronaldo and no one else. They had to defend as a team and make themselves incredibly difficult to beat. Their attacking plan basically amounted to hope Ronaldo does something incredible because the rest of us are too busy defending to support him.

Scoring on the Dutch at Euro 2020 is not going to come easy. The Dutch are going to ride that to their first European Championship. They won’t be as fun to watch as France was in Russia, but they won’t be as ugly as Portugal was in France either.