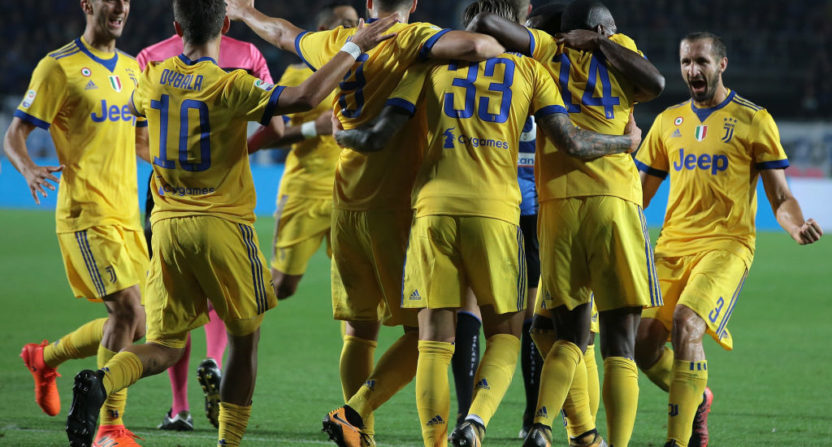 As streaming services get into the sports world, they are looking at various ways to infiltrate that market. Soccer seems to be on the horizon for Amazon and Netflix.

With Amazon considering bidding for UK Premier League rights, the two streaming companies are also going the documentary route. Both have approached the top teams in the Premier League and most notably Manchester City, Liverpool and Chelsea were named as being approached. While Amazon struck a deal with Manchester City for a series, Netflix went to Italy for their subject.

Juventus revealed that Netflix has signed on for a four-part documentary series meant to get behind the scenes with the Italian soccer giants. From traveling to training to gameday, it seems you’ll get a new look at the defending Italian champs.

“It’s a source of pride that Juventus is the first football club to be the subject of a Netflix Original Docuseries,” stated Federico Palomba, Co-Chief Revenue Officer at the club.

Erik Barmack, Vice President of International original series at Netflix, commented: “Netflix is the home of passionate storytelling, and there are no more passionate fans than those of the Bianconeri. We are excited to have unique, exclusive access to one of the most important squads in the world.”

I wasn’t exactly expecting Juventus to be chosen for a documentary series but in a way it makes sense. Juventus is one of the biggest teams in the world and it’s a departure from the usual documentary series that involve English teams that are out there. There probably isn’t much difference between a big team from Italy and a big team from England but there is some differences likely there that would be cool to come across on the screen.

Also, Juventus has a great story going into this new season. They won the Scudetto for a record 33rd time and were in the Champions League Final where they lost to Real Madrid. And it gives Netflix a chance to follow the great Gianluigi Buffon, who at 39, leads Juve to another season as captain and goalkeeper.

The yet to be named series is set to launch early 2018.