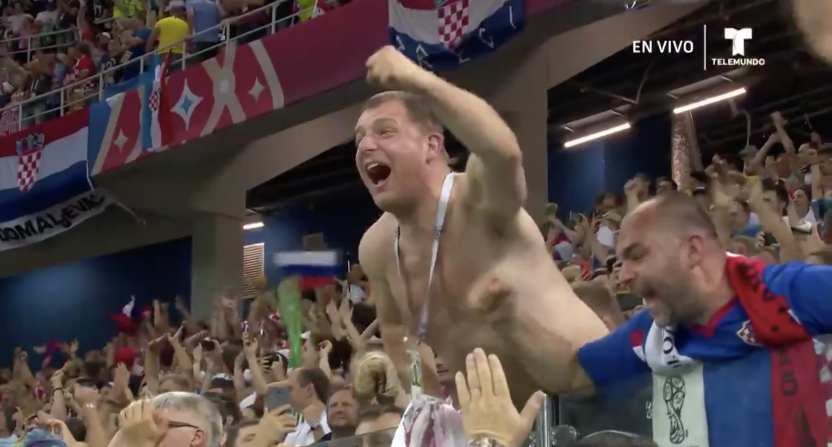 So much has happened in the 2018 World Cup that it wouldn’t be surprising if you completely forgot about Nikola Kalinic.

The 30-year-old currently plays his club ball with AC Milan but he’s been with the Croatian national team since 2008. He’s played in 41 matches for Croatia, scoring 15 goals, but lost his starting gig with the squad in 2017. While training with the team in preparation for this World Cup, he was a bit of a “problem,” according to manager Zlatko Dalic. That situation came to a head in the opening match of the tournament when Kalinic refused to enter as a substitute against Nigeria. Afterward, Dalic sent Kalinic home for the remainder of the tournament.

“During the Nigeria encounter, Kalinic was warming up and was supposed to come on in the second half,” Dalic said. “However, he then stated he wasn’t ready to come on due to a back issue. The same thing happened during the Brazil friendly in England, as well as before the practice session on Sunday. I have calmly accepted that, and since I need my players fit and ready to play, I have made this decision.”

We might not have heard much more about this if not for the fact that Croatia has made a masterful run to the World Cup finals and will play France for the championship this weekend. All of which is to say, man, Kalanic really doesn’t look very good right about now.

And boy, are people letting him know about it.

Could be worse; you could be Nikola Kalinić

lets take 30 seconds out from laughing at England, to laugh at Nikola Kalinic

Big call by Croatia to send Nikola Kalinic home from the World Cup after he refused to come on as a sub in first game. He'll miss a WC final now. No matter how much talent you have, it not worth risking a toxic dynamic in a dressing room.

It was already a pretty bad year for the striker. His season with Milan was a disappointment and rumors were already swirling that’d he was going to be moved again. But now that he’s the guy who refused to help his national team, which then went on to do amazing without him, it’s hard to imagine too many teams are lining up for his services.

And if Croatia happens to win the World Cup…man, that’s gonna be an awkward time for him watching the celebration from his couch.