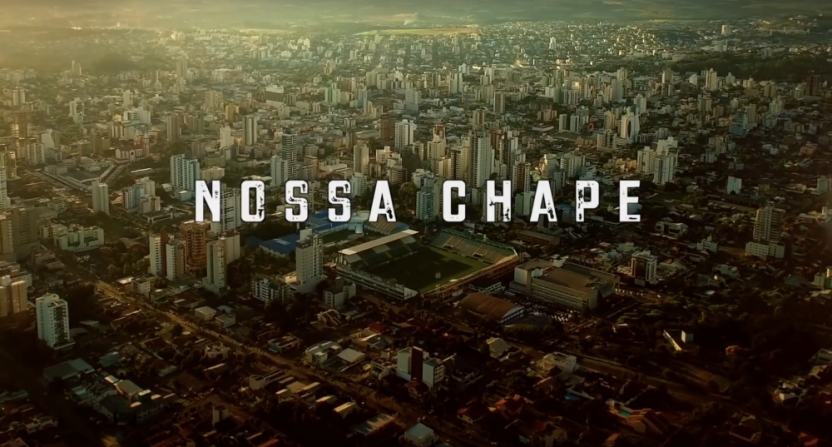 When I started watching Nossa Chape (Our Team), I expected a film about how a small Brazilian team experienced a fairytale season that ended in tragedy. And after that, the town, the team and the families of those who had been killed in a tragic plane crash would come together and persevere through adversity and grow as one. What I saw was a much more realistic view of society and a story that consisted of a fanbase and a team who lost their way in the face of tragedy. And it was only after realizing that they needed to embrace their past while planning for the future, did Chapecoense begin to truly come together.

Filmmakers Jeff and Michael Zimbalist, who made 30 for 30 documentaries The Two Escobars and Youngstown Boys, created Nossa Chape for Fox Sports Films’ Magnify series. Filmed almost entirely in Portuguese with English subtitles, the Zimbalist brothers keep everything pure and doesn’t resort to inserting English dialogue. They let their subjects do their talking in their own native language and showcase the good, the bad and the ugly in a refreshingly honest way. And in doing that, showed an honest portrayal that those of us around the world may have missed since the tragedy and its immediate aftermath.

The Chapecoense plane crash on November 28, 2016 killed 71 of the 77 people on board. In total, 19 players, 25 administrators and staff, 20 reporters and seven crew members were killed while just three players, a reporter and two members of the flight crew survived.

The first ten or so minutes of the film focus on explaining how Chapecoense became this kind of scrappy underdog willing to take on the big boys in Brazil and South America. A city of just 200k people, Chapecó is home to Chapecoense and the team just started playing in the top division of Brazilian soccer in 2014, competing against teams who are based in cities with tens of millions of people. Their Copa Sudamericana opponent, Atlético Nacional, is based in Medellin, Colombia which has over two million people living in the city.

The film transitions to showing home video of the days and hours before Chapecoense’s fateful flight. There’s even footage of the players in mid-flight making eerily prophetic quotes about how they were “going to give their lives in the final” and it was a “once-in-a-lifetime opportunity” and even trusting the pilot before that flight. It was ruled that the plane crashed due to running out of fuel after the operator LaMia was found to have limited fuel intake below its legal minimum in order to save money. The plane only had enough fuel to go from Point A to Point B with no detours and because of a storm, were forced to circle around, causing them to run out of fuel and crash.

Much of the movie centers around the three surviving players of the crash. Goalkeeper Follmann, center back Neto and left back Alan Ruschel were the only players who survived. Neto and Ruschel both eventually recovered to continue their playing career while Follmann had to have one of his legs amputated. Ruschel barely remembered the crash, but Follman and Neto recalled the horrible lack of sound of an airplane that’s falling out of the sky and the darkness that followed.

The rest of the film focuses on how the team was able to rebuild after the plane crash. Only having a couple months to rebuild the entire team from scratch, the team named a new president (Plínio Nês), a new manager (Vágner Mancini) and had an almost completely new squad before the season. Only four players remained, who didn’t make the original trip, were able to play.

Things didn’t go as planned at first and Chapecoense started to lose their way in the process. Within six months since the crash, fans were strangely harsh on Chapecoense after the team went winless to start their season. The families of the deceased players were trying to collect pay from those players’ “image rights” and the team was all too willing to face them in court. Finally, Mancini seemed cold and heartless as manager as he took down photos of the deceased players in the locker room and refused to recognize them as he gave the impression that he didn’t want to let Chapecoense live in the past and only by moving on and not acknowledging the tragedy would the team get back to winning.

But all isn’t lost with Chapecoense. While the team initially lost its way after the tragedy, there’s still hope that things are changing for the better. A very poignant return to the crash site implied that it gave closure to the survivors and inspired the team to begin to rectify the mistakes they made and really embrace their past as well as those who lost their lives, while focusing on the future.

Nossa Chape will take you through a range of emotions. From the sadness of the plane crash to the anger of the team’s initial tone deaf mindset to the empathy of the survivors and families of the deceased who felt they were being forgotten to having hope that the team seemed ready to right their wrongs, this is certainly a must-watch for any soccer fan.