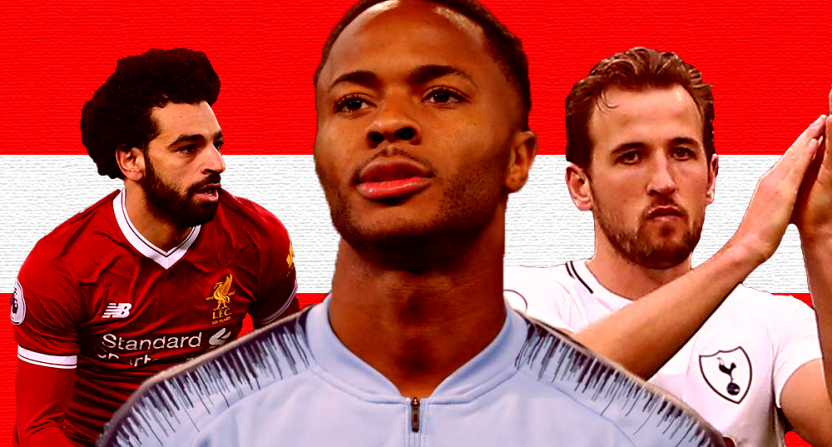 The 2018-19 Premier League season had all the makings of a classic, but I’m not sure anyone expected it to play out the way it is. For the first time in the Premier League era, three teams (Chelsea, Liverpool, Manchester City) held unbeaten records through November and three teams (Liverpool, Manchester City, Tottenham) had 15 wins before the new year.

Will Liverpool carry on that trend and sputter to the finish line? Will Manchester City keep up their run in all four trophies and win back-to-back titles? Will Tottenham defy the odds, pull off the miracle, and make all of us regret trying to keep them out of the title race? Let’s see who is the favorite to win it all.

Liverpool is in the middle of their worst run of the season. With an opportunity to go up 10 points and all but clinch the Premier League, Liverpool suffered their first loss of the season to Manchester City and the margin fell to four. To Liverpool’s credit, suffering your first loss of the season after the new year and having a perfect December is impressive but that only gets them ahead by four points where in other years, they may be up by double digits.

Along with an FA Cup elimination by the hands of Wolves, Liverpool is currently on a two-game losing streak. To some, getting eliminated from the FA Cup helps their Premier League hopes, and Liverpool had a bunch of backups and academy players playing there, so it’s not like they were going all out for the win. But this is still a downturn for them.

Liverpool’s big worry is going to be at center back. Already weakened, with Dejan Lovren arguably the reason why Liverpool lost to Man City, Lovren went down with a hamstring injury. That means until Joel Matip and Joe Gomez come back from injury, Fabinho may have to fill in on an emergency basis.

If Liverpool were to drop points, it would be now. I don’t believe this team would “bottle it” as many think will happen, but it may be out of their control. Liverpool’s schedule surely helps them, only needing to face three of the big six teams with two of those games at Anfield. But as the Premier League shows, sometimes it’s the team you least suspect who can take points away from you.

Manchester City has momentum and they defeated Liverpool. They are back in the title hunt and remain in contention for all four trophies. The additional fixtures might hurt them, but Manchester City arguably has the best depth in the Premier League and their EFL Cup semifinal opponent is League One side Burton Albion. Just like how no one really thought City or Liverpool would pull off an “Invincibles” run, no one really thinks Man City will win all four trophies. They should win at least one.

City’s season success has been largely due to Fernandinho. He may not show up on the stats reports, but Fernandinho commands the midfield better than anyone in the world right now. I had always been high on Kevin de Bruyne and I still am, but Fernandinho is the most important player on this team and as long as he stays healthy, City will keep winning.

Of the three top teams, Man City probably has the toughest schedule. They got the Liverpool game out of the way with great success, but they have to play the other four teams in the top six, including a stretch where they play Arsenal and Chelsea in back-to-back weekends. In addition, City will have their second-leg Champions League game against Schalke four days before facing Man United at Old Trafford. And since United plays their UCL games the week before, that’s a huge disadvantage for City. But if they can get a big lead over Schalke in the first leg, that would alleviate their issues having the second leg so close to the Manchester Derby.

Nothing to take away from Tottenham, they have a great team and in any other season, would probably run away with the title. I mean really, it’s rare for a Premier League team to have 15 or more wins before the new year. Spurs did that and were still third in the table. What more do they have to do?

Tottenham has depth issues and a manager who doesn’t really like to rotate his squad. Add a couple semifinal games against Chelsea in the EFL Cup, along with the loss of Heung-Min Son due to Asian Cup duty, and Tottenham’s faint hopes get even more unlikely.

If Tottenham has an advantage, it would be the fact that they are going to stay in London for a while. Tottenham doesn’t have to leave London until February 23 (unless Spurs is in the EFL Cup final). In addition, Spurs’ toughest part of the Premier League schedule will be toward the end of the season. After a home game to Man United on the 13th, Spurs doesn’t face a top six team until the end of February. Their toughest stretch will no doubt be a one-week stretch that consists of Chelsea, Arsenal and the second Champions League leg against Borussia Dortmund. Something may have to give for Tottenham to be a Premier League contender, but I think they would be better off trying for one of the cups or Champions League.

Unfortunately for Tottenham, barring a miracle, this is a two team race. When it comes to Liverpool and Manchester City, I’m giving the slight edge to Liverpool. But I wouldn’t be surprised if both Pool and City drop enough points that the lead changes hands multiple times. We can focus on their top six opponents but both teams will also drop points to the other 14 teams in the league at some point throughout the season.

This race has all the look that it’ll remain close throughout the season. If we’re lucky, we may get the kind of down to the wire excitement we saw in the final day of the 2011-12 season.