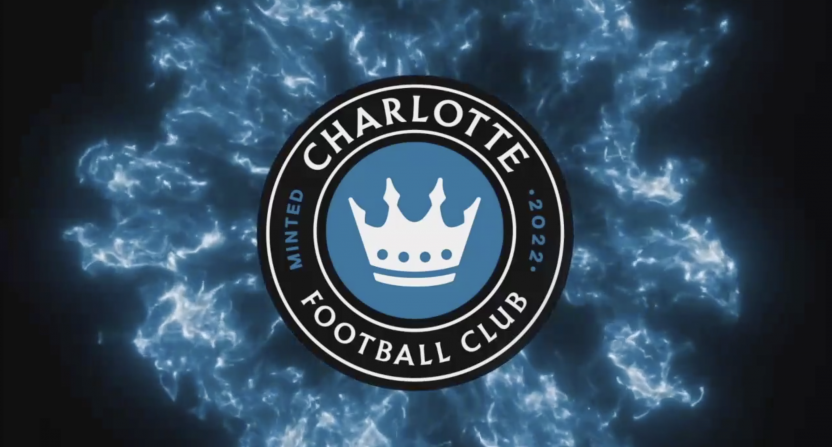 Soccer fans are passionate, some of the most passionate fans of any sport. At the same time, soccer fans are incredibly hard to please. A lot of times, that’s great. Whether it’s a new kit design, broadcasting quality, or a new rule, fans are quick to make their views public and that in turn causes everyone to strive and be better. Networks probably would love to air ads during games but they know fans would revolt so the idea of having a sports broadcast going 45 straight minutes without commercials sounds weird to fans of most other sports.

When MLS expansion team Charlotte FC revealed their new name, they had to have known fans and media would note how unoriginal the team name was. Since 2015, all but Inter Miami have gone with a name that consisted of the city and then “SC” or “FC” either at the beginning or end of the name. Orlando City SC, New York City FC, Minnesota United FC, Atlanta United FC, Los Angeles FC, FC Cincinnati, Nashville SC, and Austin FC all fit the template. Even Inter Miami CF didn’t go too far from the norm, as they went with the Spanish version of the name.

Reaction to Charlotte FC was expected from fans and the media:

Charlotte announces its name as "Charlotte FC". While I like the logo, the last thing #MLS needs is another "FC". Boring.

You have months to choose a name. You have focus groups, input from many people, a range of names with varying uniqueness made public…

And you land on Charlotte FC. Disappointing, but not surprising. pic.twitter.com/vuBbdxXjXj

We are Charlotte FC.
We are incredibly boring. https://t.co/LsDknixC3s

I don’t follow football or most sports but Charlotte Football Club is… not a good name. CFC? CLT FC? Charlotte FC? Is it not like opening a restaurant and calling it “City Food Place” or “Restaurant”. Feel free to make this make sense https://t.co/bvnG5jDWnV

Charlotte FC is a name that a lot of people are going to roll their eyes at right now because of the long build-up to the easiest name possible, but it'll be perfectly acceptable and the weird reaction will be forgotten when they take the pitch in 2022. logo and colors rule.

Charlotte FC. That's what you came up with? Charlotte FC. How many creative professionals did you hire to come up with this? Charlotte FC. I mean how bland did you want to be MY GOD CHARLOTTE FC IT'S SO GENERIC AND sorry sorry, lost control for a moment. Whew. But yeah CHARL

Do I like the name “Charlotte FC?” It honestly wasn’t my favorite. Among the names the team put out, I would’ve preferred “Charlotte Town FC” or “Charlotte Crown FC” or even “All Carolina FC” if they wanted to be like the Panthers and incorporate North and South Carolina. Heck, names not considered like “Queen City FC” or “Royal Charlotte FC” would’ve been great.

At the same time, there’s a method to the madness of choosing a conventional name even though they know people won’t like the unoriginality. And a big reason for that requires each and every one of us to look in the mirror and take some blame. Not all blame, maybe not even most of the blame, but we deserve some blame.

Look at every new MLS team or rebranding of a current team. Other than teams like the Sounders, Timbers, Whitecaps, and Impact who have had a long history with that name in NASL and/or USL, people have largely been negative no matter what a team calls themselves.

“Americanized” MLS team names from years ago like the original MLS names or the Philadelphia Union had a mixed reaction at best. Some people liked them but others wanted a more international feel given soccer is a global game.

With the exception of Chivas USA being named after the Mexican Liga MX team, teams who wanted an international sounding name went with a more European style. While teams like Toronto FC adopted the “city plus FC/SC” template, Real Salt Lake and Sporting Kansas City attempted something different. RSL went with “Real” like Real Madrid while SKC went with “Sporting” like Sporting Lisbon in Portugal.

Even though there was no SC or FC in sight, people didn’t like those names either. The entire point of Real Madrid having “Real” in their name was because it was bestowed on them by the King of Spain so when Real Salt Lake used “Real” because the owner of the team liked the name, that wasn’t well received among those who preferred “Pioneers” and “Highlanders” or purists who knew the history of teams being bestowed the title.

Sporting KC rebranded 10 years ago after being the “Wiz” and “Wizards” from the start of MLS. But when new ownership took over, they saw the Wizards as a bit old fashioned and wanted something more modern. A marketing company suggested “Bees” and “Fountains” but while they weren’t much better than Wizards, the owners went with Sporting KC knowing people, whether it’s because they were used to Wizards or felt Sporting KC was “too European,” would hate the new name.

Things got so bad that in the first season under the new brand, a local sports broadcaster ranted on the news about British “sounding” people coming over to announce American games and remarking that you “can’t take a team seriously that doesn’t have a nickname,” unofficially calling Sporting KC the “Sporties.” I wish I was making that up…

So if fans don’t like unoriginal European names with “SC” or FC” and fans don’t like Americanized names and fans don’t like original European names, exactly what name should a team go with that guarantees the majority of the people will actually like the name? At some point, we have to admit to ourselves that it doesn’t matter, we can’t be pleased and we’re not going to like whatever name is chosen. Even if Charlotte chose “Charlotte Town FC,” a name that seemed to be a hit among the media, a lot of people wouldn’t like the name for whatever reason.

In that line of thinking, while I would like to have seen one of the other options chosen, I can totally understand why Charlotte, or any other MLS team plays it safe. This isn’t a kit where if fans hate the design, they can change it to something else in a year or two. This is a name, an identity, that ideally will be their name for decades to come. In that kind of situation, it’s tough to talk yourself into taking risks. Teams could stand to take more risk but of the things to take risks on, the team name and crest is low on that list.

Charlotte’s only misstep was getting our hopes up that we would get something more than Charlotte FC. A list of eight names were trademarked and Charlotte did a great job teasing us with what the name could be by crossing one off every few days. But that only works if anything other than Charlotte FC was chosen. By showing what could’ve been, fans are just going to pick their favorite and if it winds up being Charlotte FC, everyone is going to be underwhelmed. If Charlotte FC was the plan, they would’ve been better off not bothering to show the other options.

Having said that, when it comes to Charlotte FC as a name, it’s a good enough name to get the job done and the name will probably be at worst, a mild annoyance to 99 percent of people after today. No one is going to boycott, no one is going to hate the team, and no one is going to refuse to say the name of the team because it’s named Charlotte FC. When St. Louis reveals their name next month, don’t be surprised if it’s “St. Louis FC” or “SC.” You don’t have to like it but you should understand why. Because the more people who are understanding, the more likely teams will try and name their team something more unique in the future.