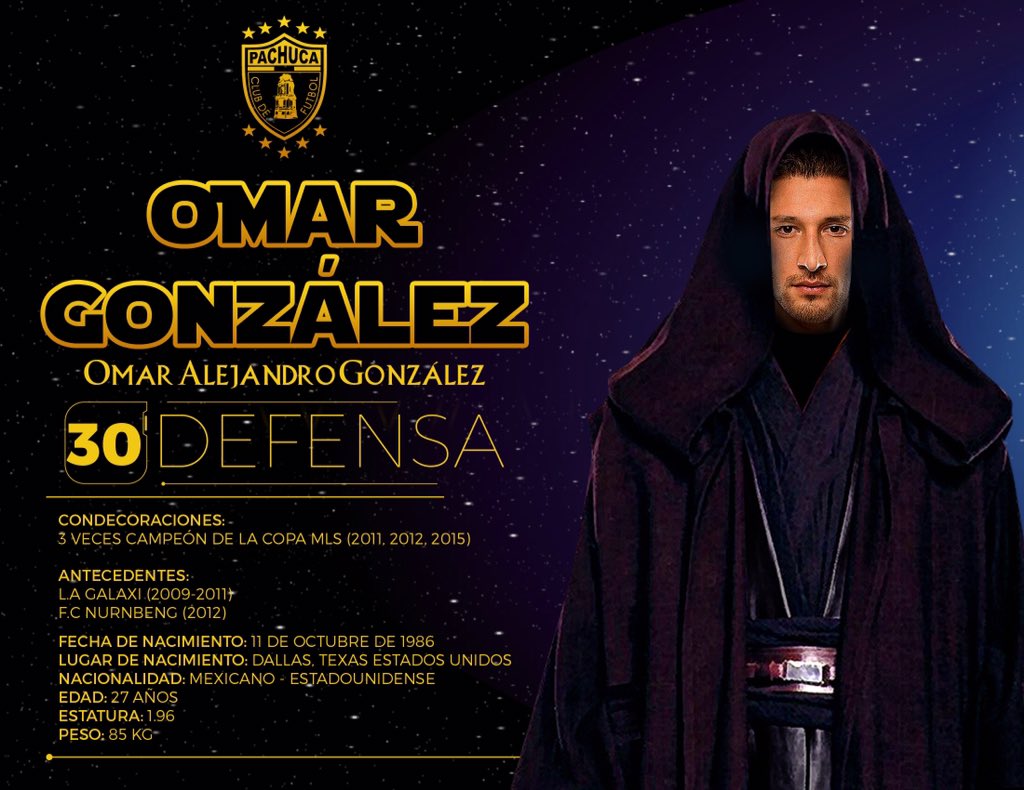 Pachuca even took things one step further with the Star Wars theme and introduced Gonzalez on Twitter as well as eight other new signings dressed as various Star Wars themed clothing.

Marketing stunt aside, the move is certainly going to make Gonzalez a more attractive option in the eyes of USMNT manager Jurgen Klinsmann but at the same time, it’s really going to weaken the Galaxy defense.

While this was probably painful for the Galaxy to accept, Goal.com‘s Ives Galarcep reported that this may have been necessary for the Galaxy to stay under the cap. With Gyasi Zardes getting some incredibly rapid attention from European teams, LA wants to give him a better deal. And considering they just signed goalkeeper Dan Kennedy and want to sign Alan Gordon to a deal, they just can’t keep everyone, even with the rise in Targeted Allocation Money. So with Gonzalez’s departure providing big cap relief, the Galaxy can just focus on getting one star replacement than if they were to get rid of a few role players.

As Gonzalez left, he wrote a letter to the Galaxy fans on his departure and said goodbye. While some see this move as a detriment to MLS for not being able to keep star players, others will see this as a possible improvement in that MLS is developing talented players so they can play in other leagues and thus strengthen the USMNT player pool. Either way, Omar Gonzalez will be using “The Force” in Mexico next season.