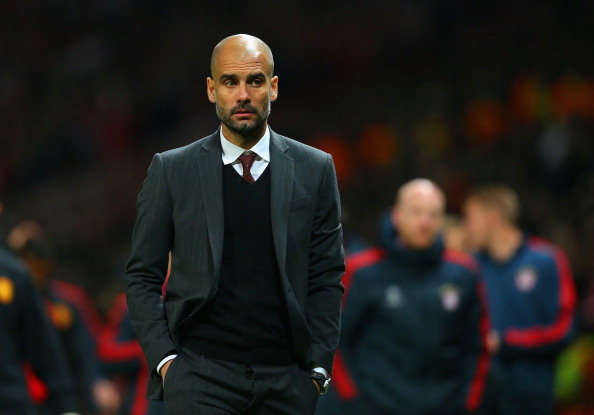 Pep Guardiola has confirmed that after his imminent departure from Bayern Munich at the end of this season, he plans to pursue a coaching gig…in the Premier League.

Pep Guardiola: "The reason I have not extended my contract is simple. I want to manage in the Premier League."

“I want to experience the atmosphere in England and I look forward to [working at] the stadiums there, Guardiola told the Guardian. I am 44 and it is the right time. There are offers but I haven’t signed for anyone yet. When I have a new club I will let everyone know.

“The atmosphere in the Bayern squad is super and I will do everything I can to keep it that way. I will give my absolute best until the end.”

Pep Guardiola says he wants to coach in Premier League, has multiple offers. Can't wait to see how he does (and where he chooses to go).

In the last three seasons coaching Bayern Munich, he’s led the club to two first place finishes, and a 2013-14 FIFA Club World Cup title. The club currently ranks atop the Bundesliga standings with a 15-1-1 record and have an insane +38 goal differential.

Pep Guardiola: "I haven't decided on a new club yet. I think I am young enough. I need a new challenge. My career is a long way from over."

There should be plenty of tantalizing jobs available for Guardiola to land in the Premier League. Speculation has been rampant that Manuel Pellegrini is on the hot seat in Manchester City, which would make a desirable landing spot for Guardiola. Manchester United and Chelsea, the latter of which canned Jose Mourinho last month, would also be other potential high profile destinations.

Guardiola admits he has several offers already but hasn’t signed anything. He also said when he bolts, he won’t be taking any of his Bayern Munich players with him.

Wherever Guardiola ends up, it seems he’ll have a long list of choices to choose from, which may take at least one option off the table for other high-profile candidates in England.

Let the games the begin.